Let’s face it, Mercedes-Benz, Mercedes-EQ, or anything Mercedes, for that matter, really needs no introduction. With that out of the way, let’s dive right into all that is the AWD wonder before us, the Championship Edition (CE), Mercedes-EQ, Formula E Team e-bike. Yes, that is a massive description for a bicycle, and it is no surprise; this thing is loaded with the goods you want projecting you around town. 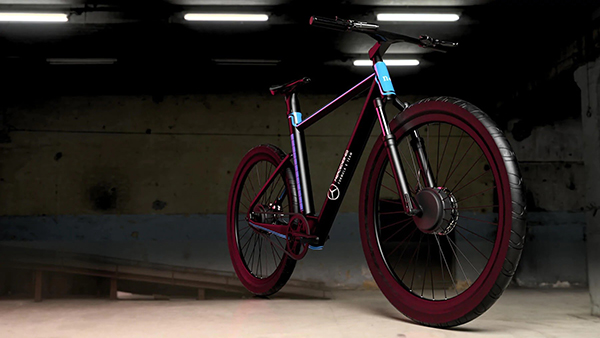 Just so we’re on the same page, Mercedes doesn’t build their own bikes, so they rely upon n+ to do it for them. These two crews have a rather longstanding collaboration together, and n+ is the exclusive producer of bicycles for the famed automotive group.

Now, anytime we talk about a bicycle, we need to consider a few aspects of its design and purpose (the terrain it’s built for), and the CE is no exception to this rule. However, anytime you get your hands on something like this, a trinket that should belong in a museum rather than on the streets, it’s best to just sit back and admire it. 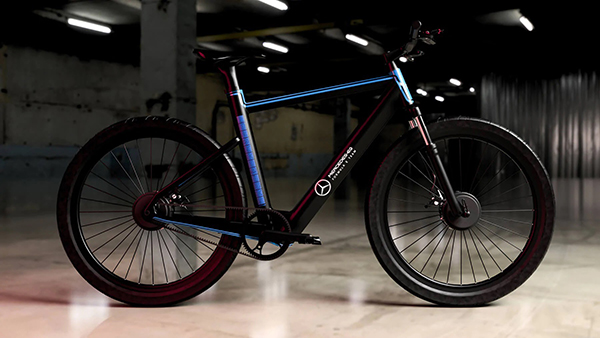 But, to do so with a CE hanging on your living room wall should be damn-near impossible. Why do I say this? Simple because it boasts an incredible amount of power and speed. The main selling point of this EV, aside from brand prestige, is that it’s equipped with two motors, one for each hub. Since there are typically two wheels on a bicycle, it’s considered AWD.

Why add two motors to an e-bike? What kind of question is that? Simply because we want more power, more speed, and faster and faster experiences. It sounds like everyone is a speed-seeking soul. However, there’s a tad more to it; Mercedes added two motors as a tribute celebrating their Formula E Team’s first All-Electric Double World Championships. 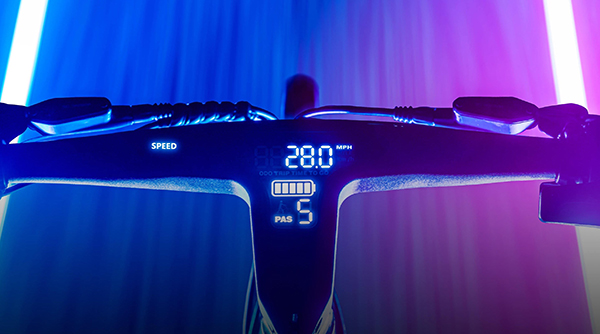 As for the capability aspect of the story, the motors you see mounted to the front and rear hub pack 750 watts of juice and put out 130 Nm (96 ft-lb) of torque, not to mention hitting a top speed of 28 mph (45 kph). Personally, I haven’t seen many e-bikes with this much torque; I think electric motorcycles and mopeds are more in this range. Powering these motors are two 10-amp-hour batteries integrated into the frame and seat post, yielding up to 120 kilometers (75 miles) of range. Just remember, that’s a number revealed in optimum settings. While it doesn’t seem like you can remove the battery, it can be recharged in as little as four hours once drained.

As I dove deeper to understand what Mercedes-EQ has in store for us with this one, I was a tad confused. Why? Because of the mix of components that we can see on the EV. For example, semi-slick Maxxis Hookworm rubbers lead you to believe that this bike is designed for asphalt and even closed tracks, but the suspension fork may lead you to believe otherwise. Then the belt drive tells you once again that cities and other urban landscapes are really where you should try and show off this wonder. After all, if you’re riding along some backroad trails, there’s no one to see just what Mercedes has been doing on the side.

At the end of the day, we’re being asked to drop no less than $5,800 (€5,840 at current exchange rates) on this wall-worthy trinket, and without trying to sound harsh, the frame is built using nothing more than aluminum. I know, carbon fiber seems more fitting if you ask me. Still, you should be aware of this electric wonder from one of the world’s most renowned automotive manufacturers and innovators, especially if you’re a diehard fan of the brand.