The all-new electric crossover EQB from Mercedes-Benz is slated to go on sale in the United States in the summer of 2022, and the German luxury automotive brand has now announced pricing and packaging for the region. 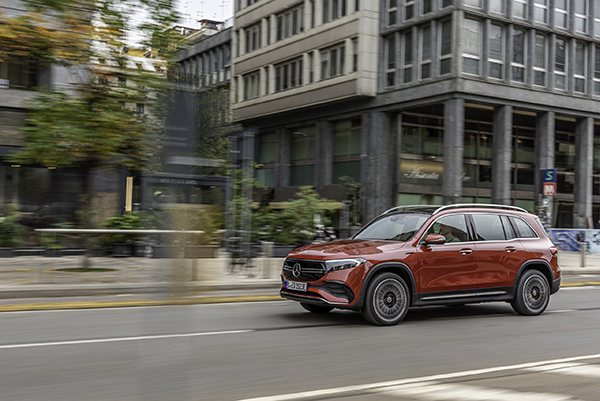 The EQB, which has been dubbed the rarest type of automobile on the market, will be available with two different all-electric powertrains, in the EQB 300 4MATIC and EQB 350 4MATIC versions, and prices in the U.S. will start at $54,500 and $58,050, respectively.

What makes the highly-anticipated EQB SUV so special is the fact that it offers a spacious cabin featuring three rows of seats, making it a good choice for large families.

However, the electric crossover SUV doesn’t offer as much space as the GLB it is based on due to the battery pack on the floor. Additionally, the third row of seats is a good addition for large families, but it might only benefit people up to 5’5”.

Both variants come equipped with a lithium-ion battery with a high energy density, providing a maximum voltage of 420 V and usable energy content of 66.5 kWh, which is good enough for a range of 419 kilometers (260 miles).

The automaker has also announced the EQB will be delivered in two trim levels on the U.S. market: Exclusive and Pinnacle.

For the Exclusive EQB, highlights Include KEYLESS-GO Package, inductive Wireless Charging & NFC Pairing, as well as Advanced Sound System, while those going for the Pinnacle version will get all the features of the Exclusive package plus Burmester® Surround Sound, Panoramic roof, and Surround View Camera, but they’ll also have to pay $2,550 more in the case of EQB 300 and an additional $1,050 for the EQB 350 model.