A new spy video catches a fleet of Mercedes-Benz EQE electric sedans testing on a snowy road. Oddly, there’s a Volvo leading the pack in some of the shots.

These EQEs wear heavy camouflage, including many placeholder components on the body that further conceal the sedan’s shape. There are a few obvious design elements, though. In front, the EV wears a smooth nose that is a familiar feature from other vehicles in the EQ family like the EQC. There’s a tiny vertical strip of camouflage on the headlights that make us wonder if the designers are considering a split layout like older examples of the E-Class. 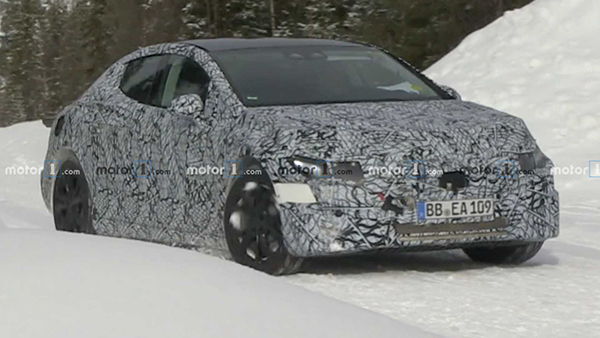 In profile, the EQE also has a smooth look. The roofline has a steep rake at the front and flows into a sleek shape at the rear. There appears to be a sculpted section that follows the rear fenders, and it should add some visual weight to the back when the camo comes off. 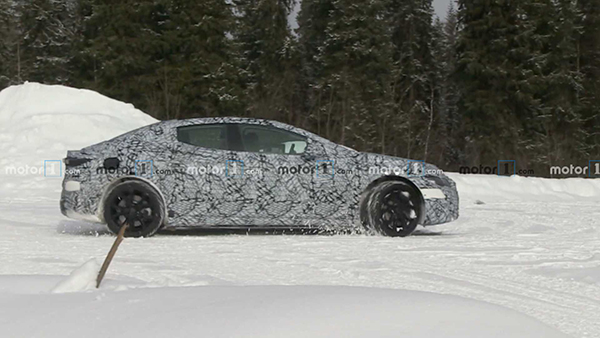 At the back, the engineers extensively cover the body and use placeholder taillights. The exposed black and white panels are likely the locations for the sensors for the driver assistance tech.

The EQE will reportedly feature a powertrain with an electric motor on each axle. They’re combined output will be around 402 horsepower (300 kilowatts) and 564 pound-feet (765 Newton-meters). The batteries should offer upwards of 373 miles (600 kilometers) of range. 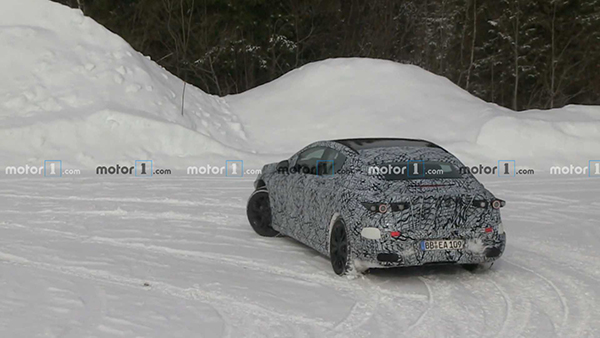 The EQE will sit under the EQS in Mercedes forthcoming electric vehicle lineup. From what spy shots show, the two vehicles have very similar styling, and the major difference appears to their size.