British magazine Autocar has tested the first electric AMG model from Mercedes EQ – the Mercedes-AMG EQS 53 4Matic+ and they were not impressed. 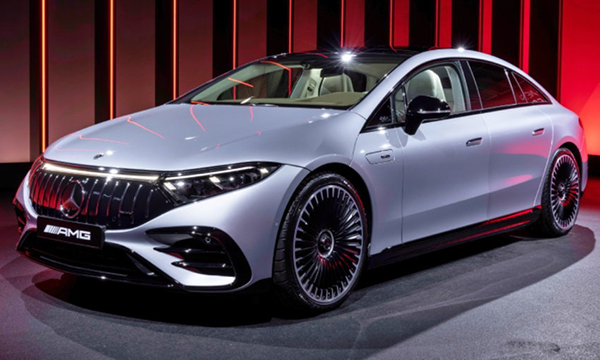 The first AMG electric large series production Mercedes-AMG EQS 53 4Matic was tested by colleagues at Autocar who were not very impressed.

One of the testers, Richard Lane, said that he would rather invest the money in a better equipped version like the Mercedes EQS 450+ than in the AMG version. He does say he’s not sure how well the EQ and AMG can coexist. He also thinks it’s not worth paying the huge sum (£7995 in England) for the Hypercsreen screen on versions where it’s optional because the standard 11.9-inch portrait screen is more elegant.

Another tester, Matt Saunders, appreciates the enormous space in the rear but feels the front area doesn’t offer that S-Class lounge elegance. And Matt Prior appreciates the drivetrain and says the sprint from 30 to 70 mph, which is an indicator of real performance, takes only 2.8 seconds.

The Mercedes-AMG EQS 53 4Matic+ is suitable for those looking for a limousine that drives quickly and effortlessly and offers sporty intent but doesn’t come close to the dynamics of the Porsche Taycan.

In contrast, the Mercedes-AMG EQS 53 4Matic+ is as quiet as the BMW iX xDrive50. It’s also comfortable at long distance but not at city speeds on rougher roads where you can hear the front suspension working during the compression phase over speed bumps.

For such a large weight and with tires that are performance-oriented but also cause low rolling resistance (sacrificing overall grip), the Mercedes EQS 53 was astonishingly quick and safe on country roads. Equally, driving pleasure was reduced because the electronic stability systems, which have to cope with the huge torque available instantly, stifle dynamics even in Sport+ mode. The powertrain seems to prioritise the front engine so the best you can hope for is neutrality.

The editors at Autocar think the Mercedes EQS is the signal that a giant has awakened. In AMG 53 form, it’s one of the fastest electric models. And although the interior lacks the opulence of the S-Class it has a wow factor that may appeal to those less traditional customers. But the ride comfort at low speeds isn’t quite up to expectations and some quality details have been sacrificed in order to offer more charm. From an AMG we expect to entertain the driver a lot. But so far it’s just an epic idea that lacks the polish.