Back in September, Mercedes-AMG pulled the wraps off the EQS 53 4MATIC+, an all-electric monster of a luxury car that costs more money than what most people are spending on their homes. And now we hear the order books are open. 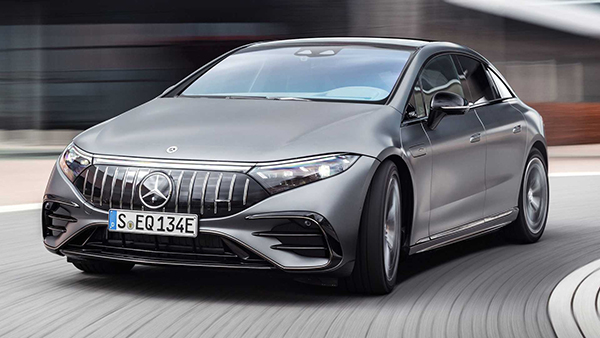 The EQS in this guise kicks off in Mercedes’ home country at 152,546 euros, which at the time of writing, is over $172,300. For that, one gets as standard a whole load of car, but also Mercedes’ finest tech, including its famous all-wheel drive system, rear-axle steering, and of course, the mighty MBUX.

The EQS makes use of two electric motors that give out a combined 560 kW (751 hp) when the AMG Dynamic Plus package is featured. This one also brings down the sprint time from naught to sixtyt-two down to 3.4 seconds, and a top speed of 250 kph (155 mph).

The 107.8 kWh battery fitted inside the car is capable of ensuring a range of up to 580 km (360 miles), as measured under WLTP. But, (not) most importantly, for buyers of the EQS, it could be charged for free from Ionity stations.

That’s the deal Mercedes is offering EQS buyers for one year via the Mercedes me Charge solution. It might not mean a lot to someone willing to spend the value of a Dodge Challenger R/T short of $200k for a car, but a freebie is a freebie for all us mortals, so probably appreciated as such.

As said, the above number is just the starting one for the EQS. Mercedes throws in a number of packages, starting with the said AMG Dynamic Plus, going through Track Pace, and ending with Night Package, and that will obviously increase the final tally.

The German carmaker does not say when deliveries of the model should begin, but it’s obvious that will not happen until the early months of 2022.