Even though reports stated the 2021 Mercedes-AMG E63 would debut towards the end of April, we’re now a week into June and there’s still no sign of the high-powered sedan. If you’re anxious to see the car, today we can provide the next best thing – new spy shots. Caught performing the final testing rounds at the Nürburgring, the prototype had camouflage only on the front bumper. Well, the three-pointed star is hiding and so is the “V8 BITURBO 4MATIC+” badge, but we know they’re there. 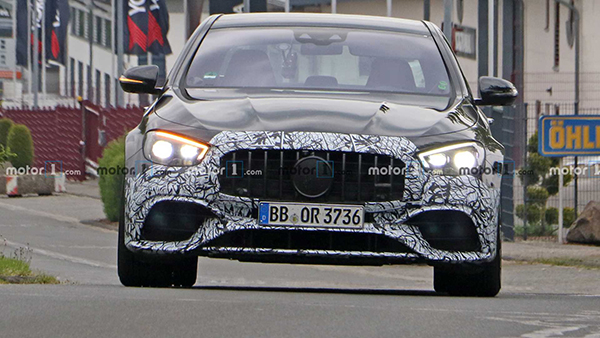 Even the swirly disguise at the front isn’t actually hiding much since we can easily see the reworked grille with the vertical slats that arrived on the E-Class earlier this year with the E53 facelift. The bumper appears to have discreetly updated air intakes and lower grille, while the rear one seems to have a different diffuser without the central fin of the pre-facelift model. 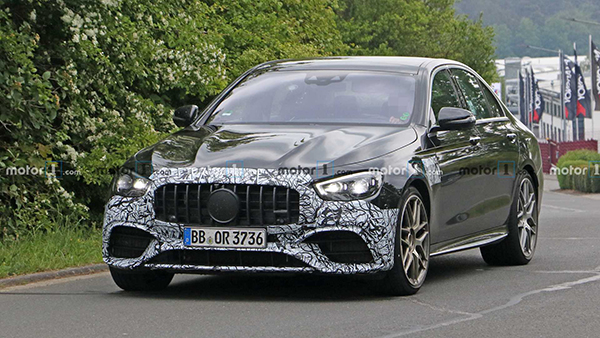 One other subtle change we’re noticing at the back has to do with the exhaust system by featuring four individual exhaust finishers. On the current AMG E63, the two tips on either side of the rear bumper are housed within the same exhaust finisher, but they’ll be separated with the imminent mid-cycle update. The exhausts themselves seem to be a tad larger to give the super sedan a meaner derrière. 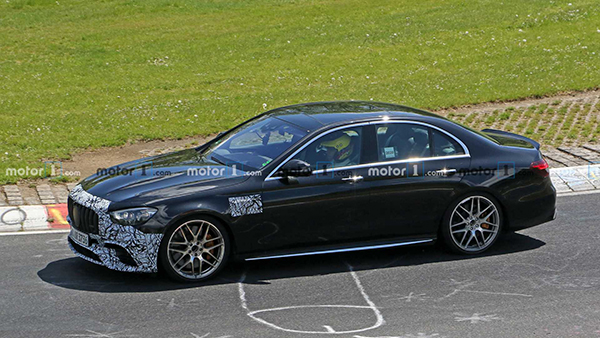 By far the biggest changes on the outside are represented by the sleeker CLS-esque headlights and wider taillights stretching onto the trunk lid. We’re hoping the boys and girls in Affalterbach will also throw in some fresh paint colors and new alloy wheel designs to round off the exterior revisions for the E63. Inside, the switch to the MBUX infotainment system will be the most important novelty. 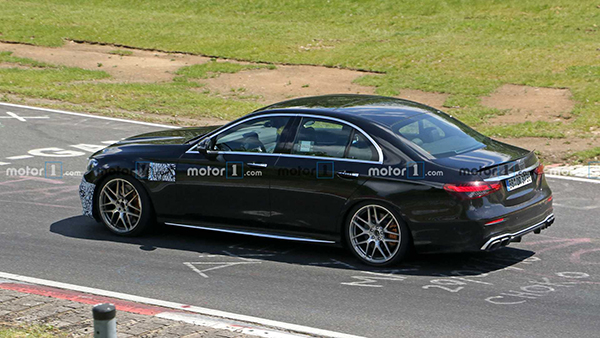 The jury is still out on whether Mercedes will give the E63 more power over the 603 horsepower and 627 pound-feet (850 Newton-meters) available today in the hotter S variant. We do know the twin-turbo 4.0-liter V8 is available with as much as 630 hp and 664 lb-ft (900 Nm) in the AMG GT 63 S 4-Door Coupe, but giving the E63 that much power might cannibalize sales of its far more expensive sibling. After all, the company has to justify the massive $54,850 price difference somehow… 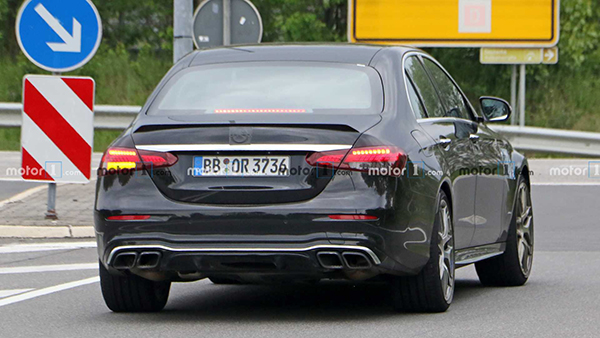 Expect the 2021 Mercedes-AMG E63 sedan to break cover in the coming days or weeks together with its wagon counterpart.