By now, you should have heard of the evasive safety test called the moose test. The assessment aims to exhibit how easily (or challenging) it is for a subject car to evade a sudden obstacle on the road, like a moose crossing the street. Spanish car magazine km77 is one of the YouTube channels that regularly conducts tests on various vehicles.

The Mercedes E-Class Wagon is the latest subject of the dreaded moose test. It isn’t the first Merc to have undergone the assessment, and it did okay as seen on the video embedded above. 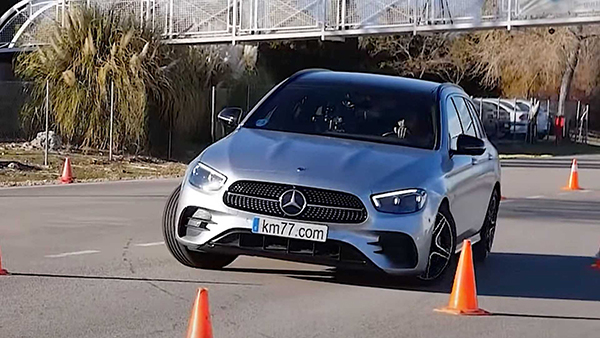 The Mercedes-Benz E-Class will be getting a new-generation model by the end of the year, reaching showrooms in 2023. In fact, the E-Class Sedan is no longer available to order in Germany as all the production slots have been taken. Hopefully, the W124 model will perform better in evasive maneuvers.