This is the facelifted Mercedes-AMG CLA line-up. The German brand has picked through both the 35 and 45 variants, applying the same selection of cosmetic and technological improvements found on the standard facelifted CLA range. 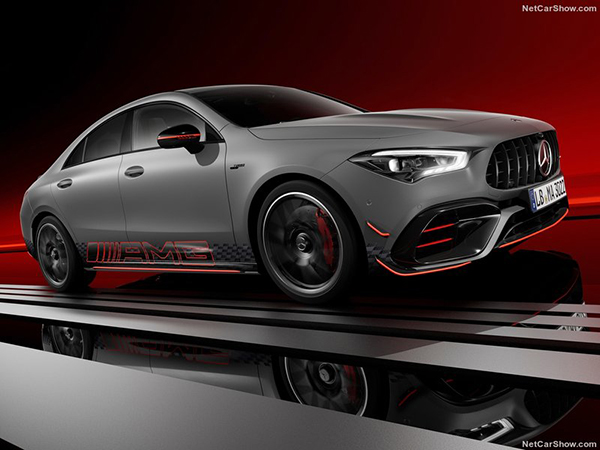 The AMG CLA 35’s 2.0-litre four-cylinder petrol engine now features the same 48-volt mild hybrid system found on the lowliest petrol CLAs. It adds an extra 13bhp to the engine’s output under heavy acceleration and works to improve the unit’s efficiency when cruising. Which is welcome because Mercedes says it’ll only return up to 34.8mpg. 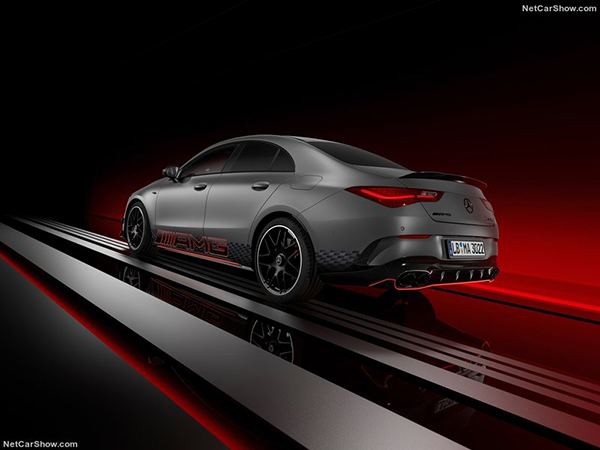 Thankfully, the performance makes up for the fuel economy. The AMG CLA 35 produces 302bhp and 295lb/ft of torque, which is enough for a 0–62mph time of 4.9 seconds and a top speed of 155mph. To help get that power to the ground, the car also comes with four-wheel drive as standard. Mercedes has also fitted a new radiator to better manage engine temperatures at high speeds.

The flagship AMG CLA 45 hasn’t changed much under the bonnet. Its turbocharged 2.0-litre petrol engine produces the same 416bhp and 369lb/ft of torque as the pre-facelift model, which means performance is identical. The 0–62mph sprint takes 4.1 seconds, while top speed stands at 168mph.

Again, the CLA 45 S also comes with four-wheel drive as standard but, unlike the 35’s system, it features a torque vectoring system which can selectively divvy up the engine’s power between the front and rear axles and the two rear wheels for the best cornering performance.

Anything else worth mentioning?
Mercedes has launched a new special edition version of the AMG CLA 45 S to complement the facelift. It’s called the Street Style Edition – and it features a handful of styling tweaks to set it apart from the rest of the AMG CLA range. 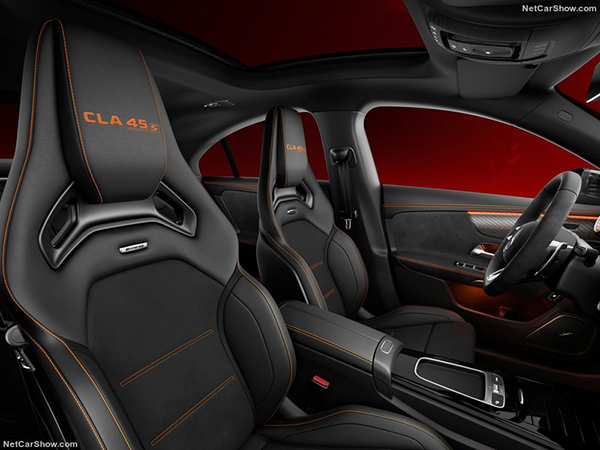 The changes continue inside with model-specific upholstery, complete with the same orange accents found on the exterior of the car. Buyers also get a set of special edition treadplates and some exclusive floor mats stamped with the ‘Street Style Edition’ badge.