Mercedes has officially confirmed that the first model built on the new MMA platform is the Mercedes CLA. It will be launched in 2024 and will be the first model in the new compact range which will comprise only 4 models instead of the current 7. 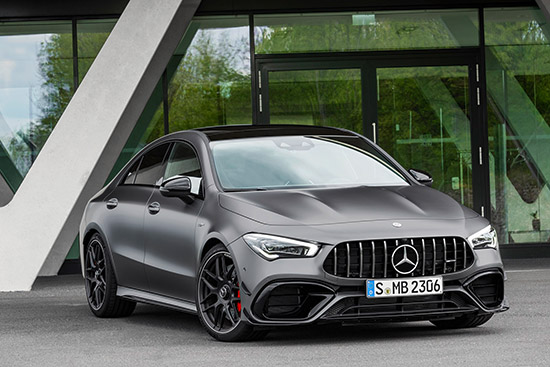 According to the new strategy presented a few days ago by Ola Kallenius, Mercedes has reorganized its model range into three categories: Top-End Luxury, Core Luxury and Entry Luxury.

The Entry Luxury category will in future comprise only 4 models compared to 7 at present. The future range of compact models will be based on the MMA (Mercedes Modular Architecture) platform built primarily for electric propulsion but which can also be adapted for Plug-In and conventional propulsion with 3- and 4-cylinder engines built together with Geely in the new giant plant in China.

Mercedes had announced that the first next-generation compact model built on the MMA platform will be launched in 2024. Today it was also confirmed what that model will be. It is the third generation of the Mercedes CLA four-door coupe.

Surely, two other models will be the upcoming Mercedes GLA and GLB. The fourth model could be the CLA Shooting brake which would mean that Mercedes will drop the A-Class. B-Class and A-Class Sedan will also be history.

It would be a curious change of strategy after during Dieter Zetsche’s presidency, Mercedes struggled to lower the average age of the Mercedes buyer. And this was primarily due to the new generation A-Class attracting a new category of customer.

Also, in 2015, Mercedes aimed to become the No. 1 premium manufacturer in sales, a goal it achieved in 2018 and has maintained since then for the past four years. But by possibly dropping the A-Class, Mercedes could lose the #1 spot as BMW will continue to keep the compact 1-Series in production along with all its derivatives.