Mercedes-Benz CLA-Class family has a refresh on the way that gives the models a revised appearance. The vehicles are now conducting cold-weather testing, and our spies caught the sedan and shooting brake under development. 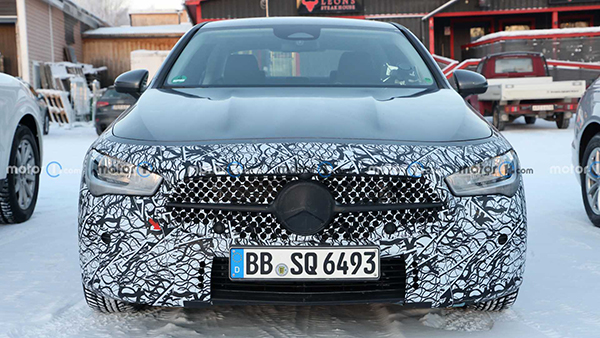 These are the standard Mercedes-Benz variants, not the hotter AMG models. This is evident because of the horizontal bar running through the grille. The AMG variants have vertical slats, and the brand usually conceals this on development vehicles with an egg-crate-like look.

Compared to the existing CLA-Class, the refresh also appears to include headlights with new internal graphics. For example, the running lamps now consist of diagonal bars rather than the current L-shape styling for them. 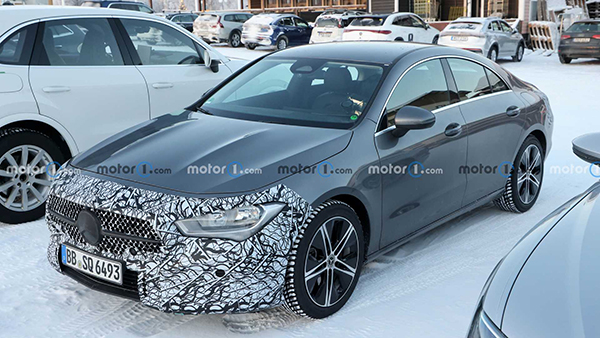 The engineers cover the front fascia in camouflage. We are expecting some styling revisions, but the specific changes aren’t yet clear.

The other design revisions are at the back, but they are much more minor than for the front end. A narrow strip of camouflage covers the taillights. The lamps include three red elements, including an arched section in the middle. 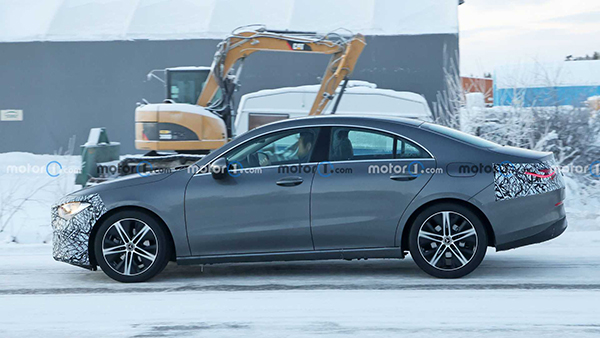 There are no good images inside of the refreshed CLA-Class. However, there’s no camouflage visible inside these vehicles. This suggests that Mercedes doesn’t plan to make significant revisions to the cabin because the engineers aren’t trying to hide anything.

Mercedes will reportedly add a 48-volt mild-hybrid system to the CLA’s powertrain lineup. This should improve efficiency and emissions. It’s not clear whether the AMG variants also benefit from these tweaks. 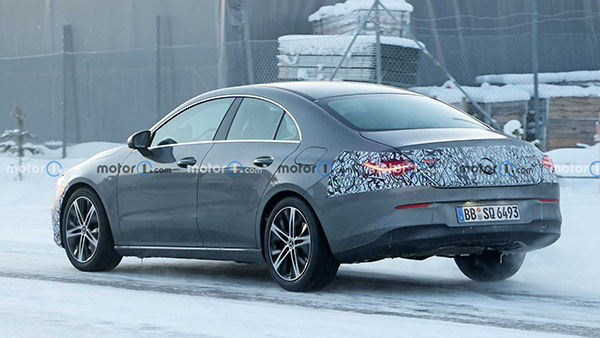 Look for the refreshed CLA-Class to debut in 2023, possibly in the first half of the year. Generally, Mercedes staggers the launch of the standard models and the AMG variants, so we might have to wait a little longer before seeing them.

In the longer term, Mercedes intends to trim its entry-level offerings so that the brand can focus investments on the C-Class and larger vehicles. This strategy might include killing the A- and B-Class after 2025. The CLA sedan and shooting brake would survive, though. The GLA and GLB are also sticking around.