The Mercedes-Benz brand is often associated as the intersection of precision, luxury, and performance. However, that couldn’t be further from the truth in this revealing video of how the latest CLA-Class performed in the moose test.

To the uninitiated, the moose test is designed to assess how well a vehicle can evade a suddenly appearing obstruction. The tricky test has led to many spectacular failures with rollovers, blown tires, and two-wheeled cornering. While these instances may be a source of comedy to watch, they can be deadly on the open road.

Yes, we are fully aware that the standard CLA seen in the video isn’t marketed as a performance vehicle, but its showing in the moose test is still disappointing. After many attempts and driver changes, the maximum speed the Merc could go through the course without striking cones was a dismal 41 miles per hour (66 kilometers per hour). As said in the video, the speed they achieved was a very low result. 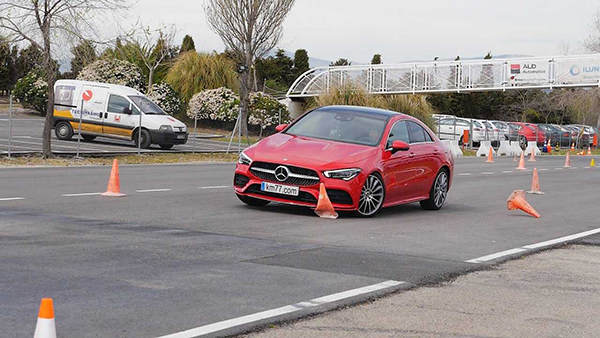 The biggest issue seemed to be the front end misbehaving under hard cornering. Even in the successful attempt at just over 40 mph, the front wheels were mercilessly mired in terrific understeer. Midway through the video, we see test results of the CLA wagon which somehow performed mildly better than the sedan. That said, the only apparent advantage was entry speed into the corners.

While the CLA wasn’t a top contender in the moose test it was far from being the worst. Vehicle dynamics have come a long way, and automakers are still hard at work making the road a safer place. Have you ever had any close encounters with wildlife on the road? If so, let us know in the comments below.