There are a lot more A-Class hatchbacks available than examples of the CLA saloons and Shooting Brake, and with the former offering inferior practicality you might find it hard to see the appeal. But if ultimate space and versatility isn’t a priority then there’s plenty to like, including the sharp looks, the impressive cabin design and quality, along with the efficient engines. The only real downside is the tight rear seat space for adults, but if that’s not an issue there really isn’t any reason to avoid buying a CLA, whether that’s in saloon (coupé) or Shooting Brake form. Incidentally, if rear seat head room is important, buying a five-door CLA might just solve your problems, as it has a slightly higher roof line. 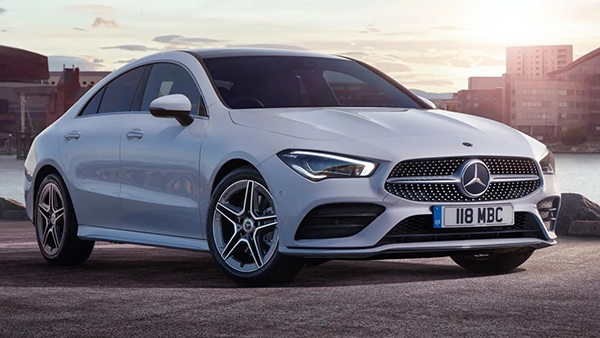 When it comes to creating new market segments, few car makers can rival Mercedes-Benz. That should probably come as no surprise, considering it was this German company that came up with the very first car, way back in the 1880s, and since then it has built an enviable reputation for prestige and quality.

There was a time when Mercedes was exclusive, with its cars out of reach to all but the most wealthy, but in recent years the brand has become ever more accessible, with smaller cars made in much bigger volumes. The A-Class was perhaps the best example of this, and it was this small hatch that was developed into a compact saloon known as the CLA in 2013. A shooting brake (estate) edition followed, and both were such a hit that Mercedes came up with a second-generation model in 2019, which has proved to be just as popular.

History
The first CLAs arrived in the UK in July 2019 in four-door saloon form only (although to add a touch of glamour, Mercedes markets the CLA as a coupé). Buyers could choose between 134bhp CLA 180 and 161bhp CLA 200 editions, both with a turbocharged 1.3-litre petrol engine. There was also a 187bhp CLA 220 with a 2.0-litre petrol, and this was offered in front- and four-wheel drive forms, the latter marketed as the 4MATIC. Sitting at the top of the range was the 221bhp 2.0-litre CLA 250, and at first there were no diesel options.

However, within just a few weeks there were 148bhp and 187bhp CLA 200d and 220d options, which arrived at the same time as the five-door CLA Shooting Brake. Also hitting showrooms at the same time was the 302bhp Mercedes-AMG CLA 35 4MATIC, which was powered by a 2.0-litre petrol engine and offered as either a four-door or a Shooting Brake. By the end of 2019 there was a new range-topper in the form of the 415bhp CLA 45 S 4Matic+, which was also available in both bodystyles and powered by a tuned version of 1991cc four-cylinder engine used in the CLA 35 4MATIC.

From April 2020 there was the 215bhp plug-in hybrid CLA 250e saloon and Shooting Brake models. Both were powered by a 1.3-litre petrol engine in conjunction with a 75kW (100bhp) electric motor, fed by a 15.6 kWh battery pack. 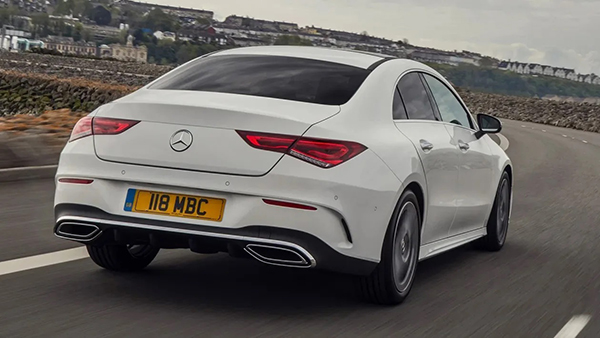 Which one should I buy?
The idea of a relatively small 1.3-litre engine in a premium car might seem crazy, but thanks to the fitment of a turbocharger the CLA 180 and CLA 200 actually offer decent performance, even if it’s hardly what you’d call exciting. If you’re a high-mileage driver you’re probably still better off with a diesel, whereas if you cover a mileage closer to average, one of the petrol models will be cheaper to buy if not necessarily cheaper to run than a CLA 250e plug-in hybrid. This edition comes into its own if you do lots of shorter journeys, or you do mainly urban/low-speed driving, in which case you’ll be able to drive it largely on electricity.

AMG Line kicks off the range, but don’t be put off by its entry-level status, because it still comes packed with equipment, including 18″ alloy wheels, adjustable driving modes and electrically folding door mirrors with auto dimming for the driver’s side. Also featured are front and rear parking sensors plus a rear camera, LED headlights, heated front seats, keyless go, two-zone climate control, plus a three-spoke leather-trimmed multi-function steering wheel.

The dash-mounted touch-screen display is 10.25 inches across, and there’s a DAB radio, Apple CarPlay and Android Auto, navigation and wireless phone charging. Move up to AMG Line Premium and you’ll get ambient interior lighting with a choice of 64 colours, keyless locking and unlocking, illuminated sills, plus an upgraded sound system. There’s also a bigger digital instrument display (10.25-inch instead of 7-inch). At the top of the range is AMG Line Premium Plus, and this adds adaptive headlights with cornering function, a panoramic opening sunroof, electrically adjustable front seats with memory settings, and traffic sign assist. 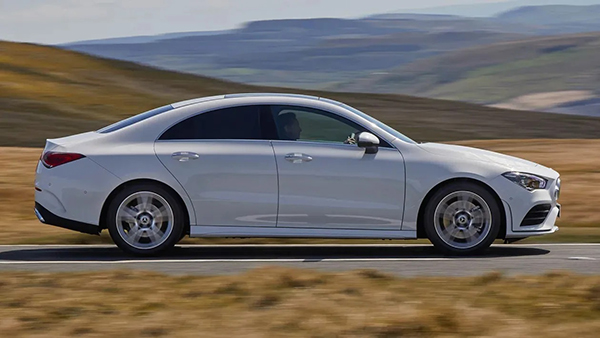 Alternatives to the Mercedes CLA
Compact saloons aren’t as popular as they once were in the UK, but the CLA still has some stiff competition, most notably in the form of the Audi A3. The German machine is packed with tech and it looks sharp, plus it comes with some great engines and an incredibly user-friendly cabin – although like the Mercedes, it’s not as much fun to drive as it could be.

If driving pleasure is high on your list of priorities the BMW 2 Series Gran Coupé is a good choice. Unlike larger BMW models the 2 Series is front wheel drive, but it handles well and comes with some excellent engines, although the model range isn’t all that wide. As you’d expect of a BMW, even though this is a small car, you’ll pay plenty to buy one, but quality is excellent, especially where the interior is concerned.

If you’re considering a Mercedes you might not think that a Mazda will fit the bill, but there’s actually a lot to like about the Mazda 3 Fastback, especially the engaging driving experience and large boot. The narrow model range counts against it, but the Mazda’s interior is plush and looks the part.

Finally – and you might think we’re really stretching things here – but the Hyundai i30 Fastback is also worth a look. Having a Mercedes and a Hyundai on the same shortlist might seem a bit odd, but the i30 Fastback looks great, offers decent value and comes with a long warranty. It isn’t as posh inside as the Mercedes, but the Hyundai is still very likeable and well-equipped, even if the badge won’t impress the neighbours. 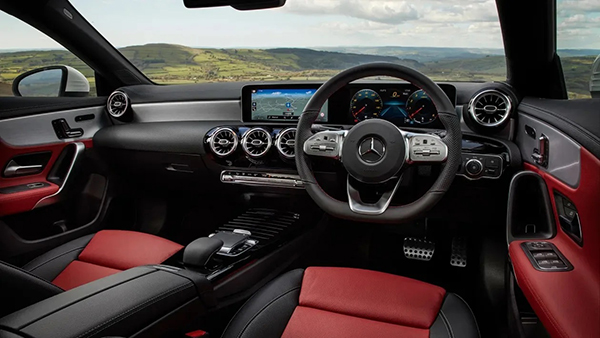 Emissions
All CLA engines – petrol and diesel – are Euro 6-compliant, so you won’t have to pay any penalties to drive in any of the UK’s Clean Air Zones.

Plug-in hybrid
The CLA 250e’s electric range was officially rated at up to 43 miles, but this is speed and temperature dependent. In cold weather the range can easily drop to closer to 30 miles, but when warm it’s possible to squeeze almost 45 miles out of the battery pack.

Spare wheel
All CLAs come with a tyre repair kit rather than any kind of spare wheel. Some third-party companies offer space saver spare wheels, but these won’t fit underneath the boot floor, so you have to carry it in the boot.

Quality
The CLA’s build quality is generally very impressive, but some owners have had problems with rattles from the B-pillars and vibrations in the front door trims. It’s something for dealers to fix under warranty. 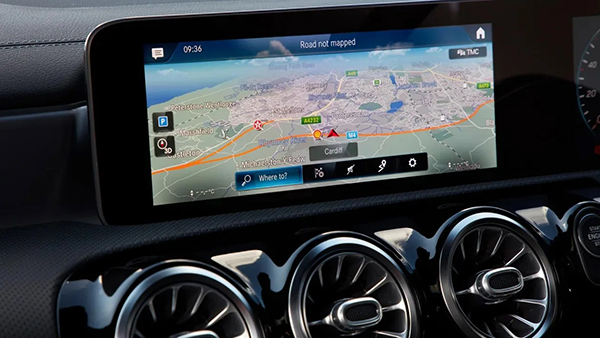 Interior
Mercedes has focused on quality for a long time, but the company really upped its game with the high-tech digital dashboards introduced around the time that the CLA was introduced. There are plenty of premium materials, the infotainment systems are superb and comfort levels are impressive too. However, while rear seat leg room is fine, head room is tight as a result of the sloping roof line.

To boost practicality, the rear seat back folds down. With this in place the boot capacity for all CLA models is 505 litres, apart from the CLA 250e which is rated at 440 litres. With the back seat folded the capacity jumps to 1,370 litres, or 1,305 litres for the CLA 250e. The high performance Mercedes-AMG models cut this figure even further to just 960 litres.

Running costs
All CLAs need to be serviced every 12 months or 15,500 miles. Rates vary across the country so it’s worth shopping around and travelling to save money; you can get quotes from any official dealer at mymercedesservice.co.uk. Services alternate between minor and major, priced at around £300 and £445 respectively for diesels, while petrol-engined cars are more like £290 and £415.

The big service is the fourth one, which is priced at around £750, and on top of the servicing the brake fluid needs to be replaced every two years (at £95), while the coolant needs to be renewed every 10 years or 124,000 miles, also at £95. All CLA engines are chain-driven, so there’s no need for any replacement cam belts at any point. 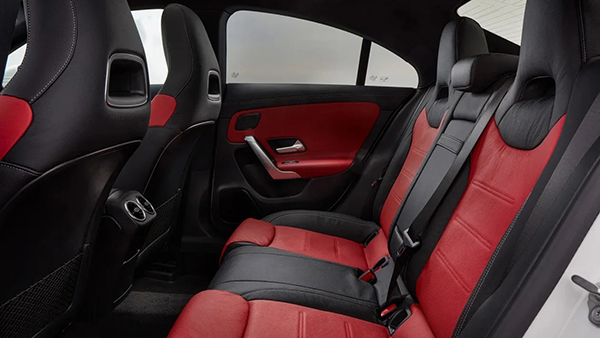 Recalls
Mercedes has recalled the second-generation CLA twice so far. The first time was in October 2020 because some cars built between October 2019 and June 2020 could suffer from leaks from the turbocharger oil supply line. This recall also affected the A-Class, B-Class, GLA and GLB fitted with the 1.3-litre petrol engine; the solution was to replace the oil supply line. The second recall came in July 2021, and this time it affected a few (just 19) A-Classes and CLAs built in April and May 2019. This time the problem was a crash sensor that hadn’t been mounted properly; the solution was to remove it and fit it correctly.

Driver Power owner satisfaction
The CLA hasn’t appeared in our Driver Power surveys but the mechanically identical A-Class makes regular appearances. The A-Class Mk4 on which the CLA Mk2 is based made its Driver Power new car survey debut in 2020, in 36th place out of 75 entries. The following year it crept up the entry list with a 23rd place, with owners saying that they put most aspects of their cars in the top half of the table.

Worryingly, the lowest score was 49th for reliability, while the ventilation and safety systems fared only a little better. But owners gave the thumbs up for the interior design and quality, the engines and gearboxes, the user-friendly infotainment systems (including the navigation), the ergonomics and front seat comfort.