From our cute “Baby Benz” to consistently electrified drivetrains? Experience the almost 40-year success story of our Mercedes-Benz C-Class in just one minute. It’s not for nothing that our C-Class is our bestseller in the passenger car sector. Time flies. 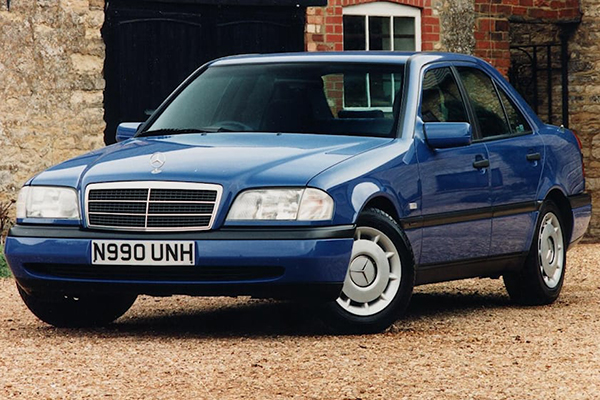 The Mercedes-Benz C-Class is nearly 40 years old, and Merc recently flaunted its success via a one-minute video posted on Twitter. It shows how the so-called “Baby Benz” went from a young upstart to a serious competitor in the compact luxury segment.

First launched in 1982, the first-generation C-Class had an 11-year lifespan. What’s even more impressive is the fact that it remained highly competitive the entire time, racking up a remarkable 1.9 million sales by the time Mercedes stopped producing it. Sales only started dipping in 1990, following the introduction of the hugely successful E36 BMW 3 Series.

And it went out with a bang, winning the DTM championship in 1992.

In 1993 Merc introduced the second generation, which had a much shorter seven-year lifespan. You could also get it in four different design styles, and Mercedes introduced the concept of equipment lines. That’s something the Germans remain synonymous with to this day. It was also a DTM winner in 1994 and 1995 and the first C-Class available as a wagon.

The success of the second-gen took the C-Class sales total to 3.8 million units globally.

The third-gen car was a bit of a letdown. We’re old enough to remember its introduction and the cost-cutting measures Mercedes was implementing at the time. You could feel it in the overall build quality, but it did introduce the humble multi-function steering wheel to middle management. We also fondly remember the C55 AMG and its naturally-aspirated V8 engine. It wasn’t nearly as sharp as the E46 M3, but it could decimate a set of rear tires within 20 minutes.

Thanks to the third-gen, sales went up to 5.7 million when it ended production in 2007. 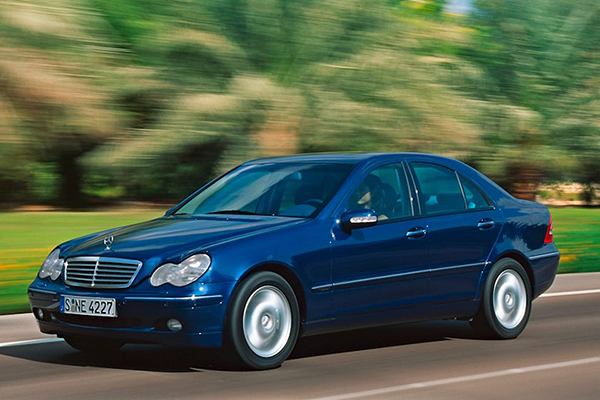 The fourth-gen W204 remains our favorite of the lot. Perhaps it was the introduction of a C-Class Coupe or just the timeless overall design. Advanced tech like adaptive cruise control started filtering down from the S-Class, and did we mention the bonkers C63 AMG with that 6.2-liter V8? Merc had sold eight million C-Class models by the time it was done in 2014, but it had also cemented the C-Class as a firm favorite among enthusiasts.

In 2014, Merc launched the fifth generation. It was available as a convertible for the first time and became a DTM winner in 2015 and 2018, or at least the inspiration for one. Unfortunately, all but the Mercedes-AMG C63 and its 4.0-liter twin-turbo engine lacked sparkle. The AMG remains an unruly beast and will forever be known as the last of the V8 C-Classes.

Current total sales stand at 10.5 million, but the new sixth-generation car will likely add a few more million to that. 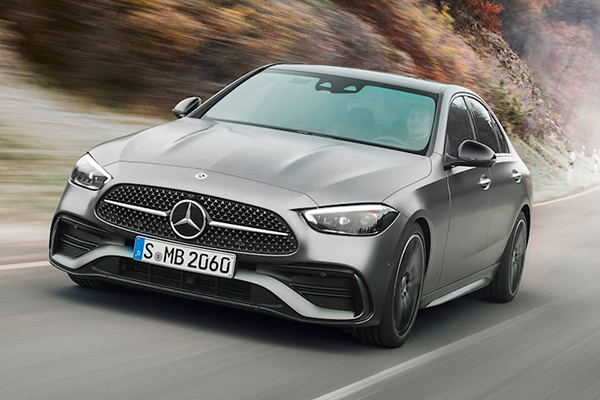 In 2021, we were introduced to the newest chapter of the C-Class story. Focusing on evolution rather than revolution, the W206-gen that we have now looks familiar but has taken a different direction by downsizing to a full range of four-cylinder engines with hybridization across the full range. Even the AMG C63 will be powered by a four-cylinder hybrid powertrain, although power outputs of up to 600 horsepower are still capable with the new system.

With a greater focus on digitalization, the latest MBUX infotainment, and fully connected systems, it represents a new era for the Baby Benz as we know it. The W206 C-Class is launching imminently in the USA, while the AMG variants are still undergoing development.