Geely has the knack of always converting its concept cars into reality. Remember the boxy, 8-bit-ish Concept Icon SUV back in 2018? It’s now a production compact crossover that almost keeps faith with the concept vehicle. 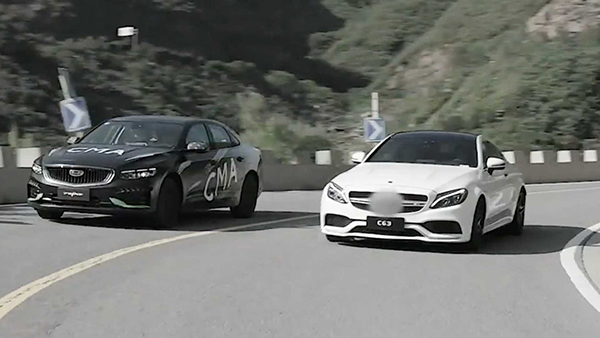 In 2019, the Chinese automaker revealed the Preface concept – a sporty, luxury sedan to built upon the CMA platform. And as you might have guessed, Geely is bringing the concept into the real world and gave the world a peek at its design recently.

To increase the hype for its newest creation, Geely released an ad for the upcoming sedan – and it’s taking aim at the BMW M4 (F82), Mercedes-AMG C63 Coupe, and Porsche Panamera. The video, which you can watch on top of this page or through the embedded social media post above, starts with these three German cars casually driving on a mountain pass.

The Preface appeared out of nowhere and challenged all three cars. Of course, the Geely won in the scenario. It’s the company’s ad, remember?

What does this tell us? Well for one, it’s safe to say that there’s something to watch out for in the Preface, which will make its debut towards the latter part of the year.

Another notable thing is Geely’s CMA platform. Co-developed with Volvo and debuted in 2017 with the XC40, the modular platform looks promising and we’re excited to know what’s in store for this development. The Polestar 2 also sits atop CMA, as well as Lynk & Co. vehicles, and now, the upcoming Preface.

More details will be revealed about the Preface in the months to come – most importantly, whether or not it’s a worthy adversary for the big German nameplates included in this ad.