Essentially a rebodied E-Class with a sloping roofline behind the B pillars, it was so well received that it eventually inspired other companies to stick their fingers in this niche. As most of you remember, the CLS (CLA too) was offered in a wagon body style, which Mercedes proudly called a Shooting Brake. 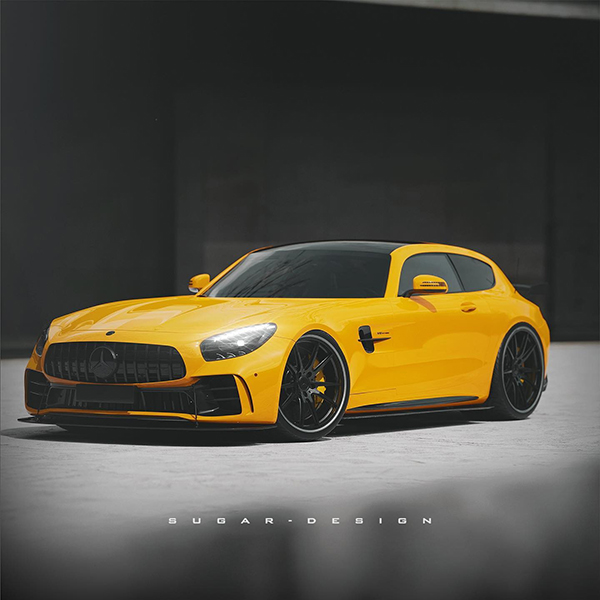 However, the thing is that Shooting Brakes are not family haulers, as they combine elements of estates and coupes. The term initially originated towards the end of the 19th century, and in the early 1900s, the first such cars were made in the United Kingdom, by automakers and coachbuilders.

These past few years, we have seen a few REAL takes on the term, such as the Ferrari FF, and GTC4Lusso. And while these deserve the Shooting Brake nomenclature, full-blown wagons do not. So, since Mercedes is such a big fan of this moniker, why don’t they use it on a brand-new car that is actually a Shooting Brake? The next-gen AMG GT would be a great candidate for the job, and since extending the roofline and giving it a tailgate is not rocket science, it is totally doable. 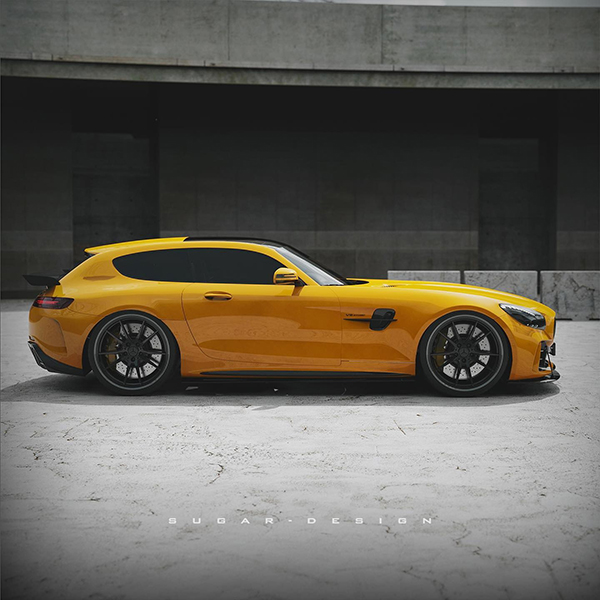 Whether it would be feasible is a whole different topic, yet let’s not forget that a Mercedes-AMG GT Shooting Brake would have a much bigger trunk area than the normal coupe. As a result, it would fit quite a few grocery bags, in addition to the usual golf clubs, and it would be a well-deserved breath of fresh air in today’s crossover-infested market.

Probably eager to see a more practical take on the GT, sugardesign_1 set out to imagine it, albeit using the current generation as a blank canvas. By the looks of it, the rendering artist has based the digital illustrations on the GT R, blacking out the chrome trim up front, and on the sides. The back end is where the magic happens, as besides the tailgate, and reshaped quarter panels, it sports slimmer taillights, and a slightly bigger diffuser, with incorporated central pipes, over the GT R. The only thing that we don’t agree to, just like most web surfers who have seen these CGIs, is the big wing out back. 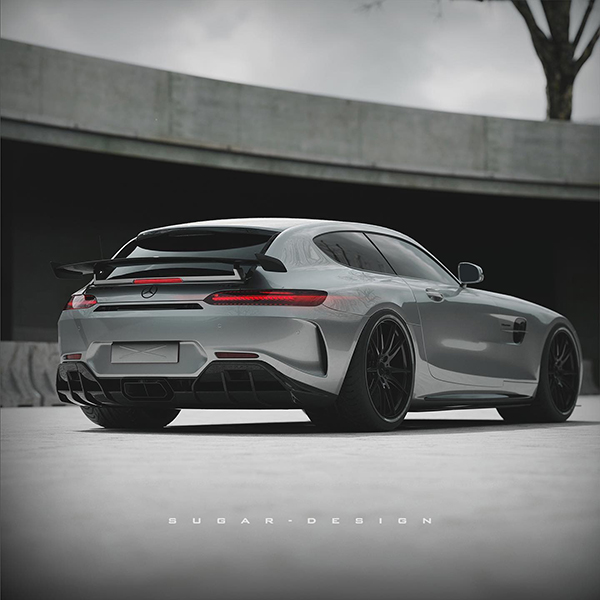 While the internet keeps having its way with the current GT, Mercedes-AMG is working on the new generation. It will be related to the latest SL, it too the work of the Affalterbach brand, and will set itself apart by featuring a fixed roof over the passenger compartment, lower positioned grille, different headlights and taillights, and a few other design tweaks. The cockpit will, in all likelihood, be identical to that of the roadster.

The unveiling date of the all-new Mercedes-AMG GT is a well-preserved secret. Still, some claim that it is a few months away from showing its fresh looks, whereas others believe that it will debut in early 2023. It will be interesting to see if the company prices it below or above the new SL, yet in all likelihood, it could be a bit more affordable than its drop-top sibling.