Mercedes-Benz kicked off the development of the facelifted A-Class hatchback a while ago, and we’ve already seen several prototypes testing in various environments. Now, it’s time to shift our attention to the A-Class Sedan, which is also getting ready to be refreshed. 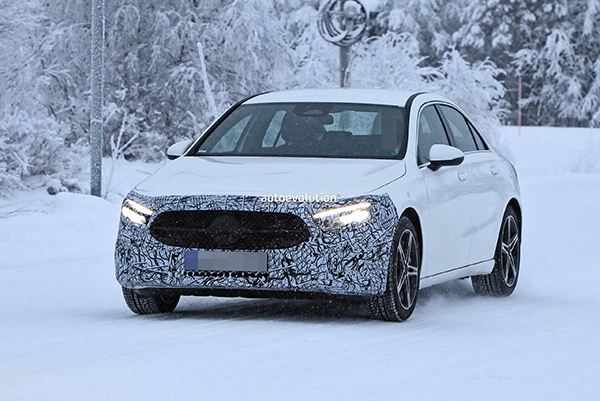 We knew it wouldn’t be long before the refreshed Mercedes A-Class sedan made itself known. A new batch of spy shots captured the refreshed four-door model out testing in the cold somewhere in Scandinavia, and it’s wearing camouflage just like we saw on its hatchback sibling. The new shots do get up close with the new car, highlighting a handful of the model’s more significant styling changes. And there aren’t many. 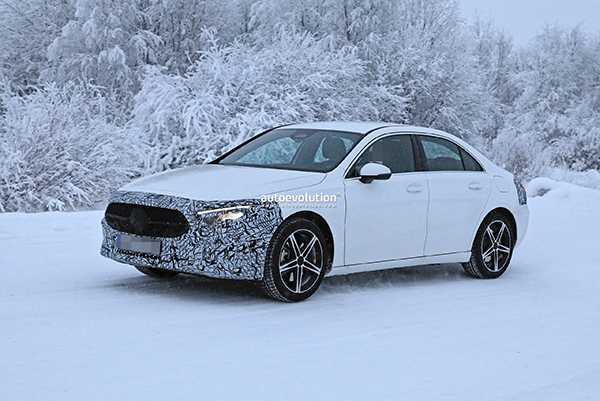 The photos show the front fascia covered in camo, hiding the headlights and bumper. However, Mercedes will likely update the headlights’ internal lighting signature, which looks different from the current model. It will be the same story at the rear, with the taillights retaining their current shape but getting a new design inside. We’ll also see Mercedes tweak the lower rear diffuser, which doesn’t look as sporty as the hatch, though that could be a camouflage trick.

There should be a new front bumper and a new grille design, with the Mercedes logo housing the hardware for its various driver-assist systems. The A-Class won’t get much of a makeover inside, though Mercedes is hiding the dash, so there could be more coming than just some new software. However, don’t expect big changes. Mercedes could make a few tweaks to the powertrain lineup, too. 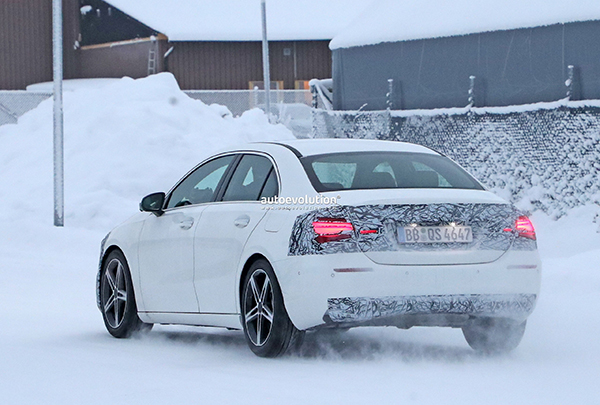 The refreshed styling will make its way to other small Mercedes models like the CLA and GLB. There are no details about the powertrains, though those should carry over virtually unchanged from the current model. Don’t expect any more horsepower or improved efficiency. Mercedes hasn’t announced when we’ll see the new A-Class, but judging from the few changes it will receive, we expect a debut in the first half of 2022. It should then go on sale as a 2023 model, possibly arriving at dealers before the end of next year.