The A45 hyper hatch is facing some fierce competition from the Audi RS3 Sportback, and Mercedes-AMG is getting ready to unveil an updated version this year as part of the facelifted A-Class range. Following its spy debut in 2021, our spy photographers caught a new prototype of the A45 wearing less camouflage than before, giving us a first look inside the cabin as well. 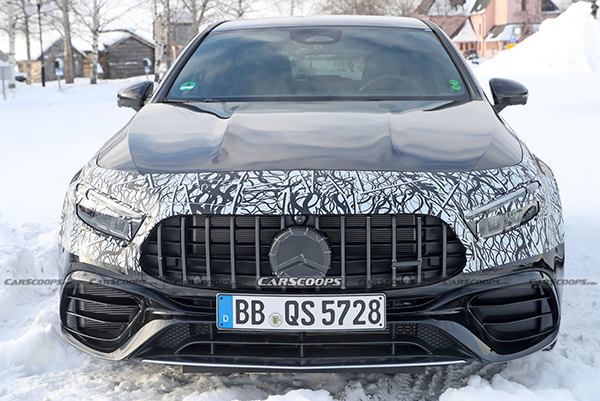 With the wrap covering only a small portion of the front and rear ends, we can see that visual changes will be discreet, as expected. The A45 will benefit from a new pair of headlights and taillights with revised full-LED graphics. It will also get minor tweaks on the bumpers including the signature Panamericana grille. The test car was parked next to a pre-facelifted A35 AMG making it easier to compare. 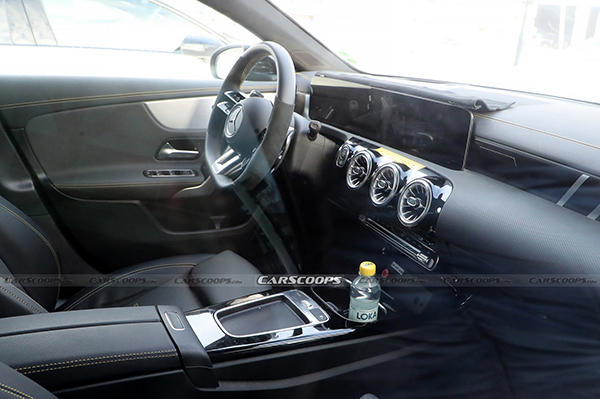 Inside we can see that the center console is redesigned and the trackpad for the MBUX infotainment is gone, leaving room for an extra storage compartment and a new cupholder design. This probably means that Mercedes will force customers to use the infotainment through the touchscreen, via voice commands, or the buttons on the steering wheel. The steering wheel has also been replaced with a new design, more in line with the rest of the range, featuring dual spokes. The dual 10.25-inch screen setup looks identical to the existing model but it could get fresh software. 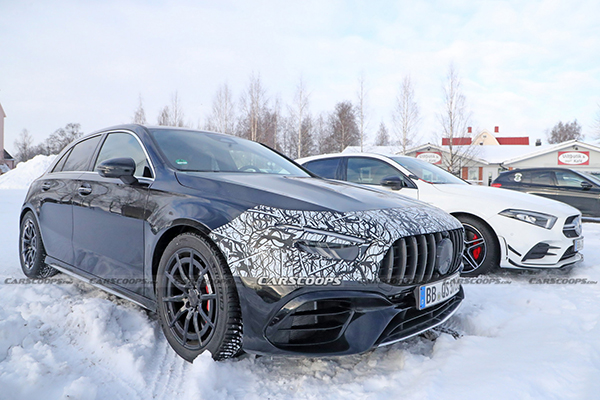 The Mercedes-AMG A45 will retain the twin-turbo 2.0-liter which is currently the most powerful four-cylinder engine in production with up to 415 hp (309 kW / 421 PS) in the S trim. That is more than the rival RS3’s 2.5-liter five-cylinder which makes 401 hp (299 kW / 407 PS), so Mercedes-AMG doesn’t really have to push it further in the update. Most likely the engine tweaks will be focused on making it cleaner, in order to comply with the strict emission regulations. Power will still be transmitted to all four wheels through the eight-speed AMG Speedshift DCT 8G transmission and the 4MATIC+ system. 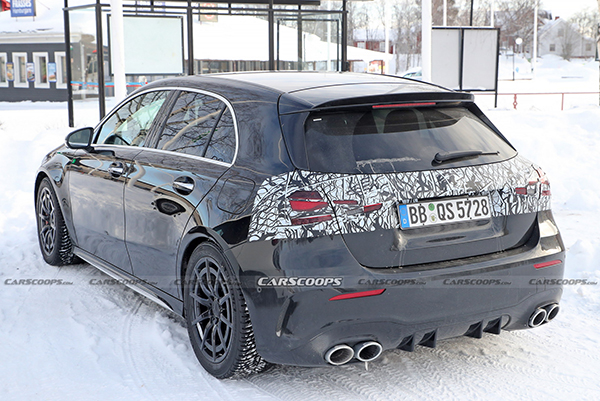 The facelifted Mercedes-Benz A-Class range is expected to debut in 2022, together with the sporty AMG variants (A35 and A45). Mercedes recently confirmed it will stop offering the A-Class in the US after 2022, while it will also drop it from its model range in Canada in 2023.