Everybody knows that a Mercedes-Benz Sprinter 4×4 van is a great base for an overlander, and this one selling on Bring a Trailer makes a good case. The conversion work was carried out professionally, and the interior offers many features, but there are also a couple of complaints. 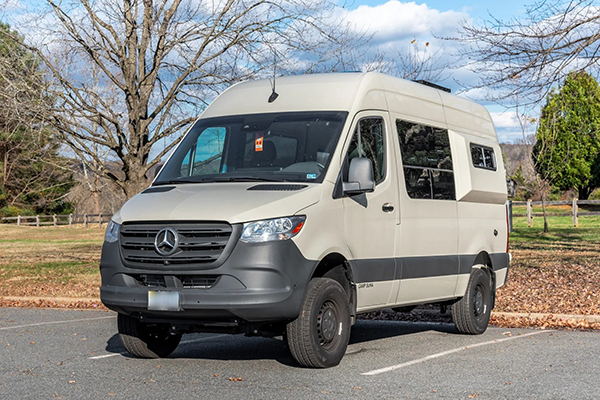 With the pandemic in the rearview mirror, people’s interest in campervans has started to wane. It is now possible to find very interesting builds selling for a fraction of what they used to just a year ago. Back then, the demand was so high that people would buy almost anything, even when it meant forgoing basic features. We guess this 2021 Mercedes-Bens Sprinter camper comes from those times. Otherwise, we can’t understand why so many features are missing on such a nice rig.

The 2021 Mercedes-Benz 2500 4×4 van was outfitted for use as a camper by SUHA Designs of Encinitas, California, and bought new by the current seller in 2021. One year down the line, they almost did not use it, the van displaying only 617 miles (993 km) on the odometer. This might explain why they are so eager to get rid of it, especially as the camper mania times seem now to be over. 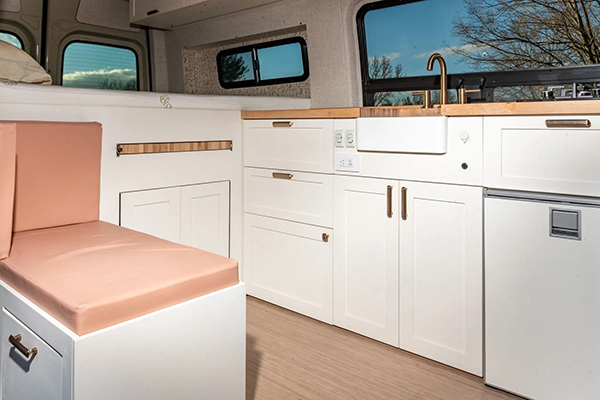 Don’t get me wrong. This is an extraordinarily well-put-together rig, perfectly prepared for a life off-grid. It comes with many great amenities, and its owners’ lifestyle is supported by the solar power system wherever they go. And when we say wherever, we mean pretty much everywhere, regardless of terrain difficulty, thanks to the Sprinter’s off-road capabilities. But some things were inexplicably overlooked.

For instance, this camper does not feature an air conditioning unit. You might say it’s all right: the van probably spent most of its time up north. But it also comes without a furnace, making some people wonder what’s up with it. All the creature comforts are installed in the front cabin, including heated seats and air conditioning. It’s not enough to keep you warm at night or keep the heat at bay during hot summer trips. 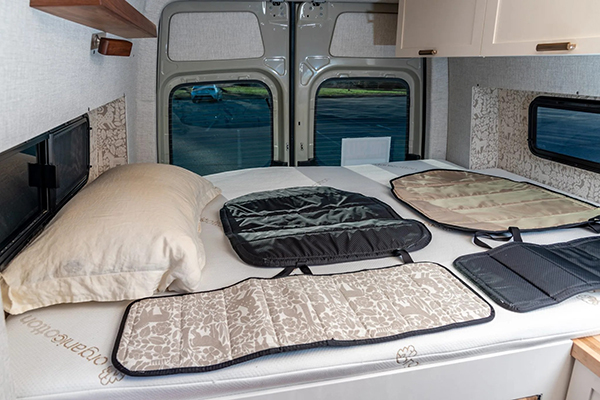 Other than that, it’s fiesta. The rear cabin is finished with modern furniture and everything you might need. The kitchenette has butcher block countertops, a sink and faucet, a two-burner propane cooktop, and an Isotherm refrigerator/freezer. A sleeping platform and foam mattress are fitted in the rear compartment, along with a shelf. The van packs a 20-gallon freshwater tank, a five-gallon gray water tank, and a Shurflo freshwater pump.

A Bosch electric water heater supplies the kitchen sink and an outdoor shower, which can be connected near the left-rear door. The camper is powered by an electrical system with solar panels feeding into a 300-amp lithium battery. A Victron Energy 2,400-watt inverter/charger helps power everything and charges the battery via the vehicle alternator, shore power, and solar.

If you think there is another thing missing, you might be right. Despite being such a nice camper conversion, this Sprinter lacks a toilet. The buyer will have to find a place for a cassette toilet or install one outside when camping. If this didn’t put you off already, you would find the van on Bring a Trailer. The highest bid sits at $43,000 at the time of writing, a small price for a campervan like this, even with the missing features.