Many people like camping in the most extreme habitats, which is why overland campers are so popular. This Sprinter-based Winnebago Revel camper on Bring a Trailer has everything you need for off-grid adventure and survival, except maybe a cannon turret. 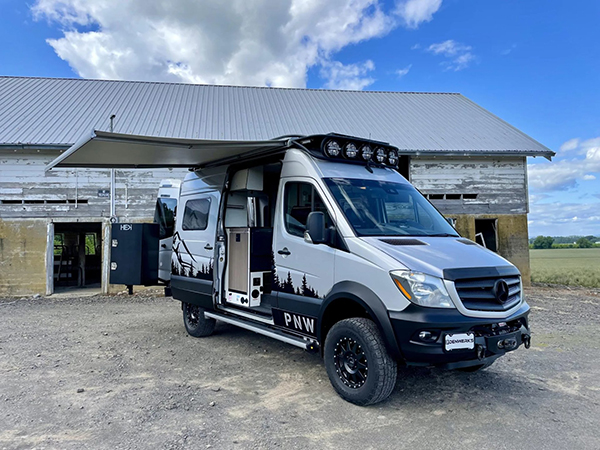 If you like camping and being prepared for everything life on the road can throw your way, there’s no better vehicle than a Mercedes-Benz Sprinter spiced up with all the bells and whistles. Winnebago Industries helped transform the van’s interior into a survival habitat with everything you’d need in an off-grid adventure.

Its 4×4 running gear and powerful diesel engine are great tools to overcome the harshest terrains. The 3.0-liter BlueTec turbodiesel V6 engine was factory rated at 188 horsepower and was regularly serviced at 20k and 40k mileage according to the manufacturer’s recommendations. Power is sent to all four wheels through a five-speed automatic transmission and a two-speed transfer case. 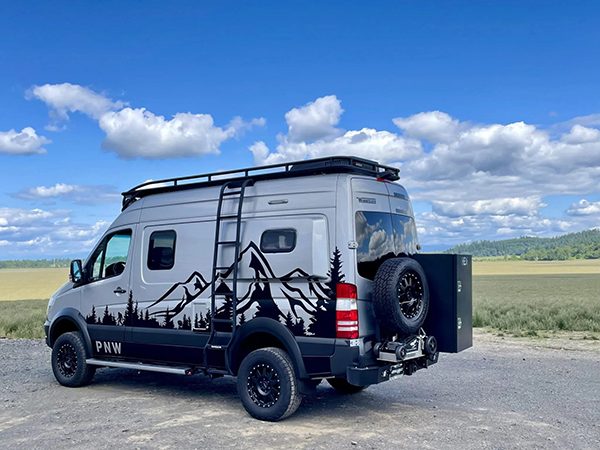 If you care for more extreme adventures, it’s good to know this Sprinter has received a consistent 4×4 upgrade, including a suspension lift and protective skid plates. This was done by the Agile Offroad of Santee, California, which also installed a Warn winch, LED lighting, and an Aluminess cargo box integrated with the rear bumper.

Winnebago took care of the camping equipment, sparing no detail in making this Sprinter as comfortable and safe as possible. Almost everything is power-operated, starting with the outside awning and going all the way to the bed installed on a lift. The needed shore utility connections are provided as expected. Two solar panels with 100 watts each are installed on the roof, but there’s also an auxiliary solar charging port so you can connect additional PV panels to the rig. 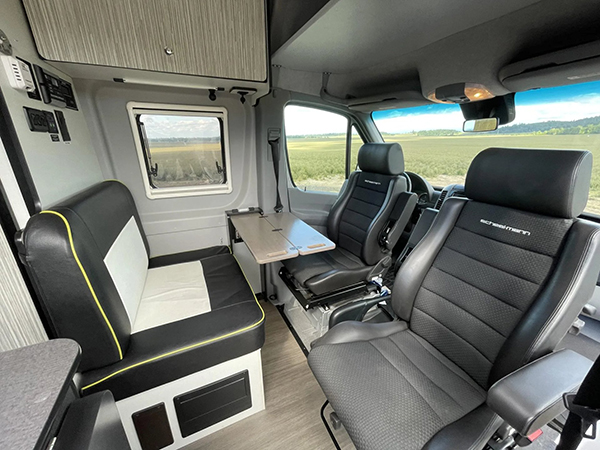 You might need it too because this camper has no propane tanks. Everything is powered by electricity, including the furnace and the induction cooker. The living quarters feature a workspace with a folding desktop and can be used as a mobile office. There are residential-style 110-volt outlets throughout, as well as USB ports to charge mobile devices.

The sleeping quarters feature a mattress fitted to a EuroLoft power-operated lift which enables the sleeping surface to be raised for stowage. A furnace and an air conditioning system take care of the thermal comfort in the rear cabin. Of course, there are USB and 110-volt outlets and removable privacy shades. 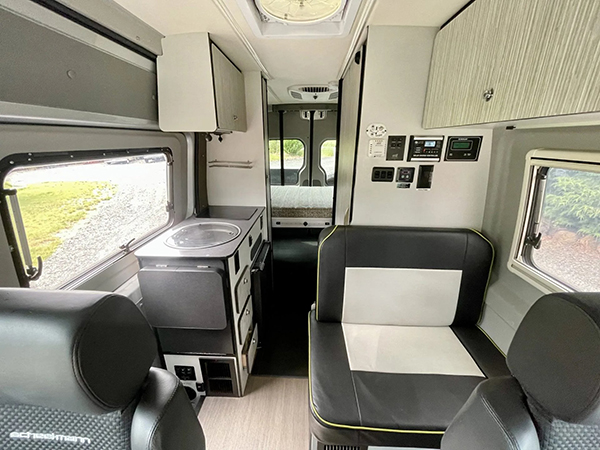 The kitchenette is not lacking in equipment either, as you’d guess, with a True induction cooktop and a Nova Kool refrigerator. The Dometic sink comes with a continuous-duty water heater, which is also helpful for the wet bathroom. This comes with a shower and a cassette toilet, and removable shelving. There is also an outdoor shower connection, so you don’t need to use the confined space in the bathroom.

This impressive rig was purchased new by the owner and is now listed for sale on Bring a Trailer. The interest is high, as you can imagine, but if you don’t, it suffices to say that the first bid was $70,000. The subsequent offers raised the mark to $80,000, but there are still two days left before the auction closes, so things can go nuts by then.