Nicky Hilton’s youngest daughter, Teddy, has just celebrated her fifth birthday and her aunt, Paris Hilton, went all in. She organized a trip to Disneyland, getting there via “party bus,” a Mercedes-Benz Sprinter van. 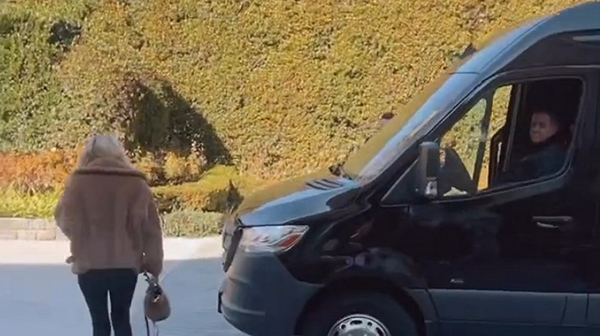 Paris Hilton revealed on Tuesday, December 20, that she organized a trip to Disneyland for her niece’s fifth birthday. And she had a “party bus” Mercedes-Benz Sprinter van ready as their means of transportation.

At the beginning of the first clip, you could notice two other rides in Paris’ driveway, both covered with a purple car cover. From what we can see in the shot, the first one was her pink Bentley Continental GT and the other could be none other than her holographic-wrapped BMW i8 Roadster. But none of them were part of their fun activities.

“It’s Teddy’s birthday,” she explained at the beginning of the clip posted on her Instagram Stories, adding that she’s “going in the party bus to Disneyland” as she hops inside. The van was decorated with lots of pink balloons inscribed with “Happy Birthday,” which Paris called “so cute.” She also revealed she was getting the birthday girl the Paris Hilton Rainbow High doll as a gift. 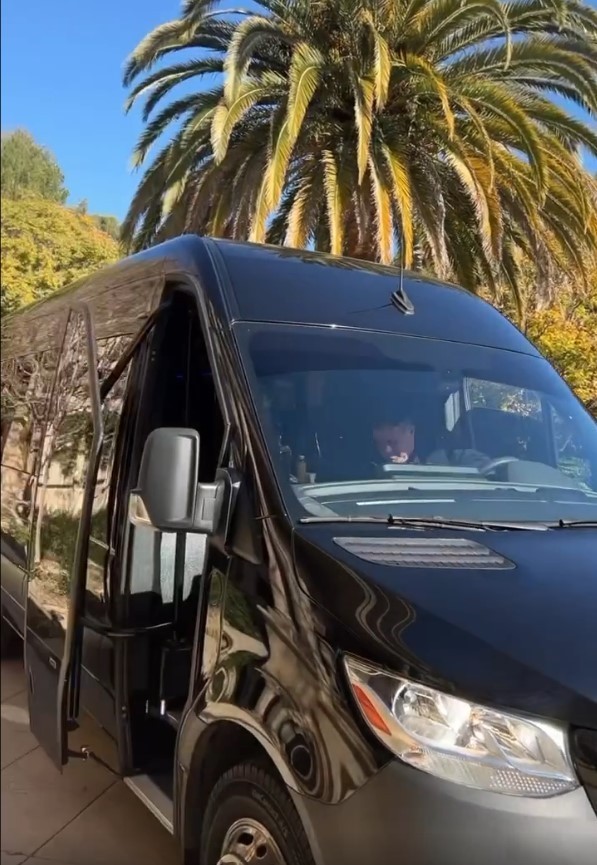 The interior of the Sprinter van boasts black and light grey accents, configured with enough seating for more than 7 passengers, all designed for the utmost comfort of the passengers, with lots of legroom space.

Paris and her husband, Carter Reum, went to pick up the birthday girl, who was excited about the trip, but quite concerned about the length of the drive to Disneyland. However, Paris let her know it would only take about 45 minutes to get there, which means they probably drove to the resort in Anaheim, California.

When they parked the “party bus” at Nicky’s house, it was next to a grey Lamborghini Urus that most likely belonged to her and her husband, James Rothschild. 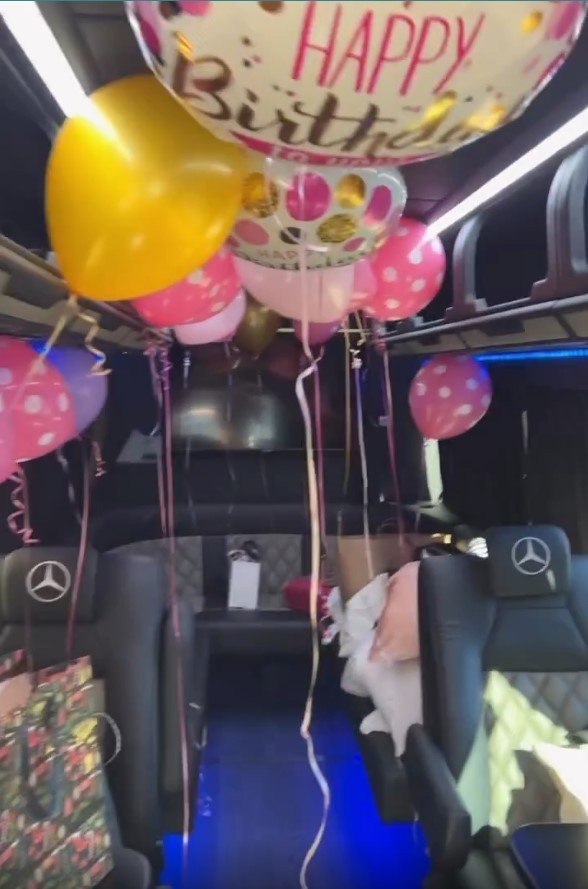 Not long ago, Paris’ sister, Nicky, gushed over Paris for her party-planning skills and her generosity. “She’s such a good aunt,” Nicky told E! News. “She’s organizing for us to all go to Disneyland for Teddy’s 5th birthday in a few weeks.”

And that she did. Nicky took Teddy and her eldest daughter, Lily-Grace, 6, on the fun trip but left her five-month-old baby at home.

This isn’t the first time Paris has been to Disneyland this month, though. Earlier this year, the famous socialite rocked a dark-haired wig for her fun-filled trip to Disneyland on December 13. “Sliving my best life at the happiest place on earth at Disneyland!” she captioned at the time. “Bet you didn’t even recognize me in my wig.”

For her latest trip, she wore a Minnie Mouse hoodie and matching ears, keeping her natural hair and accessorizing with sunglasses. Her niece also wore pink Micky Mouse ears and seemed to have a blast on her birthday trip, just like any other five-year old.