Winnebago is a name that basically means “motorhome” for many people, and lately, the Minnesota company has become interested in smaller builds, too. Winnebago offers a comprehensive range of motorhomes, and five current models are Class B motorhomes, also known as camper vans. Most of them are based on the Mercedes-Benz Sprinter, but RAM ProMaster is also an option. The Revel was introduced to the market in 2017 as a rugged overland camper for off-grid adventures. 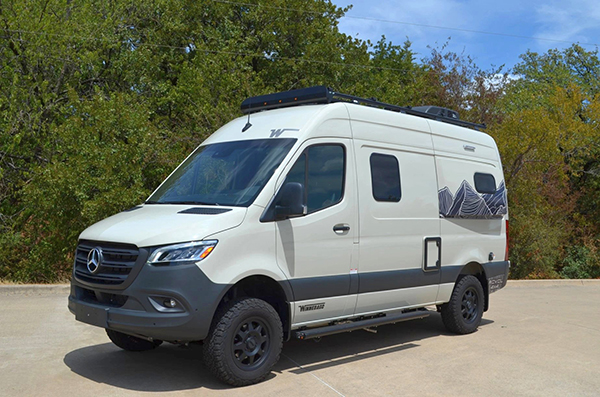 The Mercedes-Benz Sprinter 2500 4×4 offers a solid base to move all that camping and sports equipment around in the toughest terrain. It comes powered by a punchy 3.0-liter BlueTec turbo-diesel V6 engine, which can deliver 188 horsepower. Its on-demand 4×4 system makes good use of the standard dual-range transfer case to tame the harshest environments. It’s safe to say that you could reach almost any camping site in the world in this configuration.

The Winnebago Revel selling on Bring a Trailer was built on top of a 2021 Mercedes-Benz Sprinter, although it is titled as a 2022 Winnebago. The van was bought new by the current owner in November 2021. Why they decided to sell it is unclear, but it is not uncommon for people to discover that van life is not their style after just one season. Considering the $200k+ price tag of such a rig, these mistakes can be costly, but they happen more often than you think. 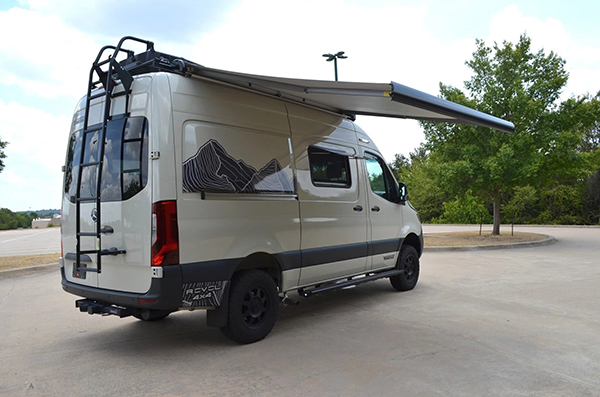 The van is finished in beige with alpine graphics on the rear panels. Like other Revels, this one, too, features a sliding side door, a ladder, and a power-operated awning. Two solar panels and a Coleman air conditioner unit adorn the roof as part of the standard equipment. Black-finished 17” Method Race wheels wrapped in 275/70 BFGoodrich All-Terrain T/A tires were priced extra at $3,545.

The living quarters feature a workspace with a removable desktop and overhead storage cabinets, and a diesel-fueled Timberline furnace/water heater takes care of thermal comfort. The kitchenette is equipped with a sink and electric appliances, including a True portable induction cooktop and a Nova Kool refrigerator. There’s also a wet bathroom featuring a shower and a cassette toilet, while a system panel houses controls for the lighting, furnace, power systems, and holding tanks. 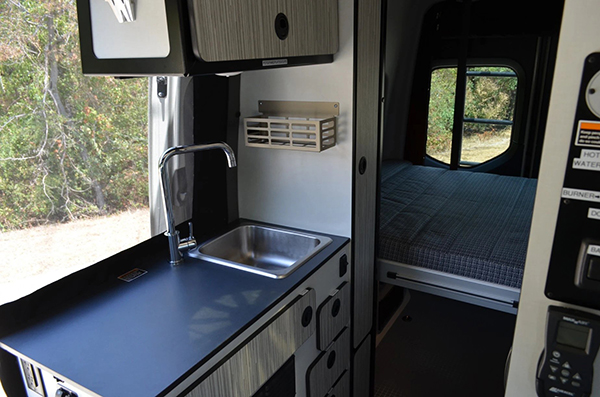 More interesting things happen at the back, where a EuroLoft power-operated lift presents the bed as needed at the touch of a button. The sleeping surface is raised for stowage when not in use, freeing space in the cargo area. There are removable floor cargo anchors to keep things secure on the road. There are controls for the air conditioner system above the bed and an outdoor shower connection near the rear right door.

Of course, there’s no shortage of 110-volt receptacles and USB ports to charge mobile devices. The electrical system comprises a 230-Ah Li-Ion battery system, a Xantrex 2,000-watt inverter/charger, and a Blue Sea Systems master cutoff switch. The batteries are fed via the two solar panels on the roof, but there’s also an auxiliary solar power connector to supplement the system when needed. 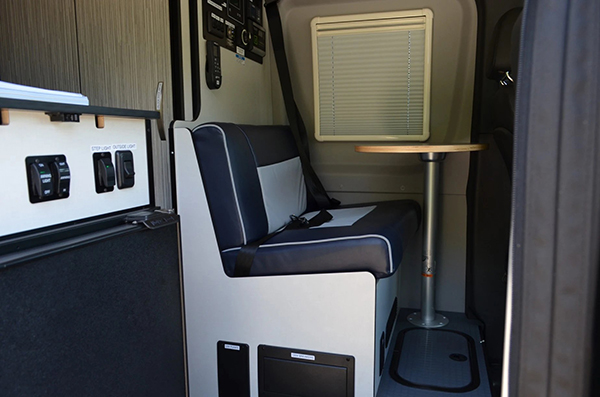 With so many features at your fingertip, not to mention the Sprinter’s native capabilities, the Winnebago Revel is more like an expedition vehicle than a dull camper van. It doesn’t come cheap, though, since the MSRP of this rig was $193,272 at the time of purchase.

Today, a Revel would set you back $210,292 without extras, but we have a feeling the owner of this Revel on Bring a Trailer would accept a smaller cheque. A similar camper sold recently for $170,000, although that was a 2018 model with 43k miles on the odometer.