Mercedes-Benz SL-Class (chassis code R107) was sold in North America for quite some time, and despite its popularity, it was never offered with a powertrain catered to a sports car enthusiast. Instead, it was engineered as a luxury coupe, rather than a performance machine, like the original SL. Since its inception in 1971, the R107 was equipped exclusively with automatic transmission and used a suspension meant for luxurious cruising. 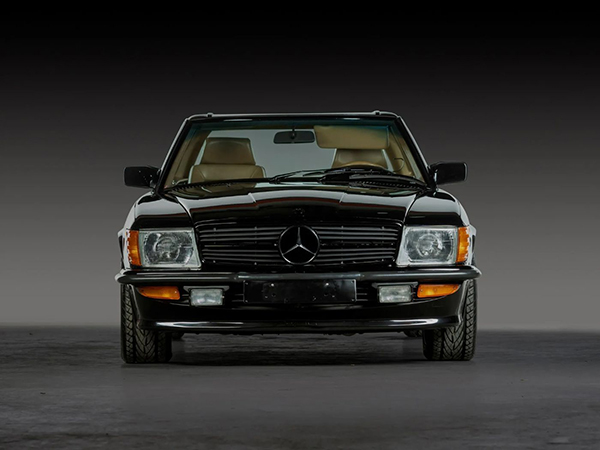 AMG was an independent tuning firm based in Affalterbach, Germany, that prepared powerful vehicles for an exclusive clientele. The company remained independent until Mercedes-Benz bought a 50% stake in 1999, followed by fully acquiring it in 2005. AMG seized the opportunity to create a performance-oriented machine out of the R107 series. Every car specified by AMG customers was bespoke.

Among the handful of AMG franchises that operated in North America, the most important was Richard Buxbaum’s Classic Motors. The shop was located on the outskirts of Chicago and specialized in gray-market imports and auto accessories. Buxbaum played a critical part in AMG’s expansion into a global brand as we know it today. The 500 SL currently being auctioned is one of the first complete AMG vehicles Buxbaum ordered.

It’s believed that AMG built only eight examples with a five-speed transmission for the North American market between 1982 and 1987, and this 500 SL is the first of the eight. It has a black finish with a Palomino leather interior. It was ordered in late 1981 by Jay Levitt of Naples, Florida, via Buxbaum, and was converted to the current spec by AMG. 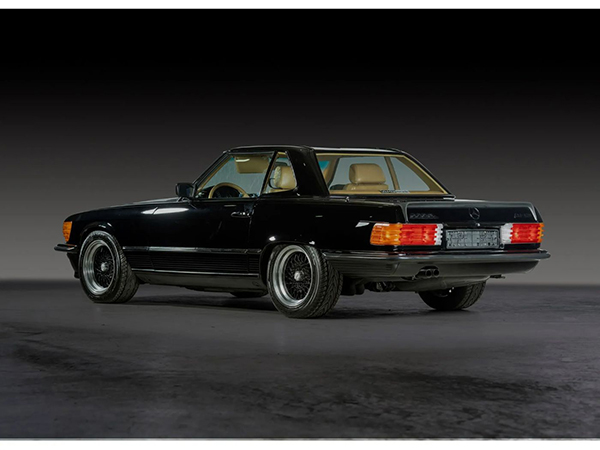 Here’s what AMG did to turn the 500 SL into a genuine sports car. It featured one of the most sought-after AMG performance upgrades, a pair of ported and polished cylinder heads, and a set of proprietary camshafts. The car was also fitted with a modified air-intake assembly and a custom exhaust system. All these components helped the 5.0-liter engine output about 276 HP (280 ps or 206 kW) and could take the car above 155 mph (250 kph). By comparison, the most potent SL available to U.S. buyers had a 3.8-liter V8 that produced only 204 HP (207 ps or 152 kW) and had a top speed of 133 mph (214 kph).

AMG also added a closed-ratio five-speed manual transmission from Getrag and a limited-slip differential directed power to the rear wheels. They had to repurpose the original bell housing to fit the Getrag transmission. The tuner also gave the car an aggressive stance and more agility through a full “Bilstein for AMG” suspension and color-matched 16-inch BBS alloy wheels wrapped in Kumho tires. 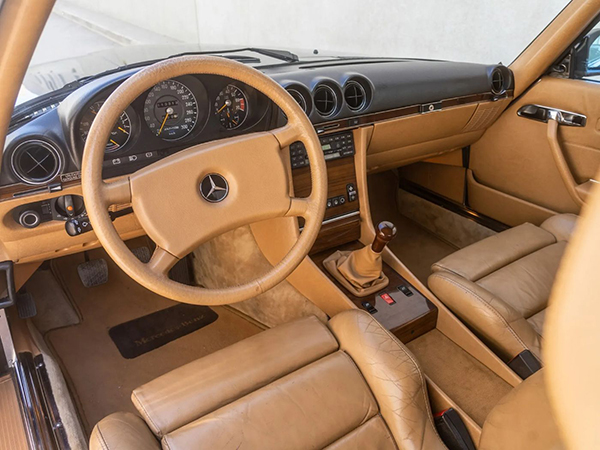 AMG also subtly modified the interior. The beautiful Recaro seats with Palomino leather hint toward the car’s high performance. Moreover, the shift boot and steering wheel have been similarly upholstered.

Initially, Buxbaum incorrectly ordered this 500 SL, as he forgot to specify antilock brakes on the donor car. On April 13, 1983, Levitt remedied the issue by trading the car back to Buxbaum for a nearly identical replacement. This rare vehicle has had three recorded owners since 1995 – the consignor last acquired it in 2017 from pre-merger AMG enthusiast Henric Nieminen of Los Angeles, California.