This is a old video of the 2JZ Benz we have in our collection. Its still like this, been sitting in storage for a number of years. Its available for Export Worldwide! Apologies for the low res video, maybe we should do a re shoot in the spring !?

The Original Mercedes-Benz 500 SL 2JZ For Sale in Japan from Powervehicles Ebisu!

The Toyota-built, turbocharged inline-six, 3.0-liters engine has become incredibly popular over the past two decades, with people using it for various applications from drifting, to drag racing, to hill climb events and God knows how many more applications.

While there are those who dismiss it as being just “another regular engine”, noting that any other powertrain would be as impressive with the right amount of money spent on parts, there’s no denying the aura surrounding it. But try to think of it this way, have you ever seen a Mercedes-Benz with this kind of an engine swap before? 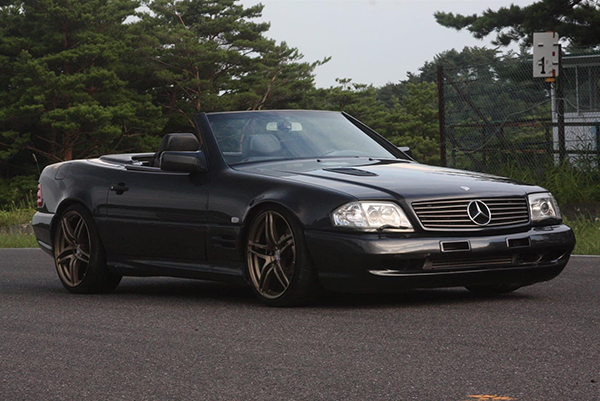 This 1991 SL500 is, as you might have expected, located in Japan, and the photos and videos supplied by the seller, Powervehicles, are taken at Ebisu circuit, way before the recent earthquake. In fact, they’ve tried selling it back in 2015, but for some reason, no one wanted it back then, and so they’re taking another shot at it.

The list of upgrades is extensive, to say the least, but we’re going to break it down for you so that you may get a better idea of the whole thing. The 2JZ engine has been overhauled recently from what it seems, and it should be capable of outputting 600 horsepower at a maximum boost of 1.6 Bar (23,2 psi). 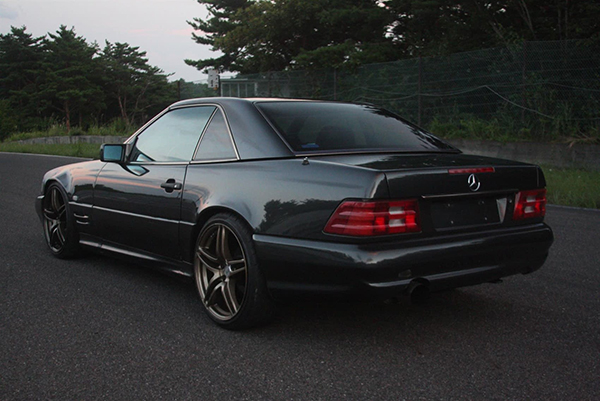 When the video was taken, the boost was set at just 1.2 Bar (17.4 psi), but you can always swap out the HKS T45S Turbo for something more capable. The gearbox is a Getrag 6-speed, which according to the last owner, had only done 10,000 km. You’ll notice the Ferrari F355 reclining seats and the Apexi Power FC and Boost Controller inside the cabin, the latter being fairly common in most tuned cars over in Japan.

Another cool feature is the 300 Km/h (186 mph) Supra TRD Meter, and even though we’re not sure this car will actually hit that top speed, we’re certain it can get pretty close to it. This SL has a very strong Japanese vibe to it with all the mods it currently has, and the 19″ Yokohama AVS wheels only add to that feeling. It’s a good thing the suspension wasn’t neglected either, as this car now uses Bilstein Shocks with Lorinser Low Down springs. 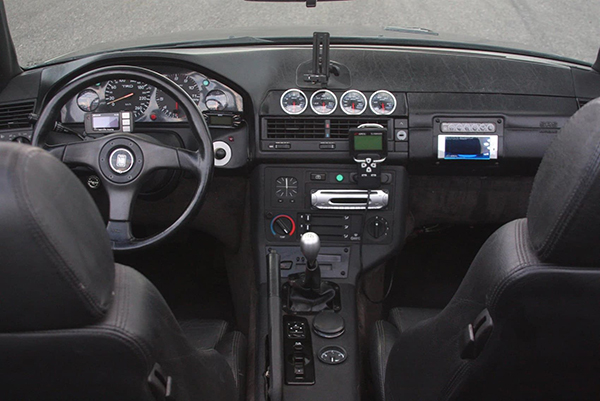 Once you start the engine, you can hear the 2JZ rumbling aggressively thanks to a one-off 80mm (3.14 inch) exhaust. If you’d close your eyes, you could easily picture the idea of having a Supra in front of you instead of this SL. According to the seller, the previous owner spent over ¥8,000,000 ($73,890) building this car. You need to take into account the fact that you’ll need a new Oil Temperature Meter, but other than that this car should be good to go.

Even though it now has some signs of wear and tear, the asking price of ¥2,650,000 ($24,476) suddenly sounds very reasonable. With this being an LHD car, the only thing you’d have to worry about is shipping it over to where you live and filling out the paperwork.