The redesigned Mercedes-AMG SL will start at $138,450 (with destination) when it reaches U.S. dealerships this summer, Mercedes confirmed Friday in a press release. 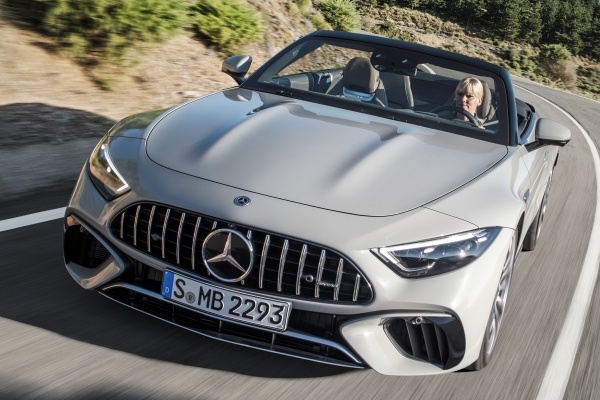 That base price represents a $46,455 increase over the previous-generation 2020 model (the SL skipped the 2021 model year), but the 2022 SL has been upgraded and repositioned. Now under the aegis of AMG, it gets standard all-wheel drive and V-8 power.

Other markets will also get the AMG SL 43, with a 2.0-liter turbocharged inline-4 and mild-hybrid system, but it hasn’t been confirmed for the U.S.

The Performance trim adds a front-axle lift system, while SL 55 models get the active suspension and the AMG Dynamic Plus package that comes standard on the SL 63, which adds a Race drive mode, an electronic limited-slip rear differential, and yellow brake calipers.

At least one more SL variant is in the works. Mercedes has confirmed a Maybach SL as part of a shift toward high-end luxury vehicles, but hasn’t said when this more luxurious SL will appear.