Few nameplates have the storied background of the Mercedes-Benz SL-Class. Now, the German automaker is trying to forge new tales under the high-performance AMG banner. 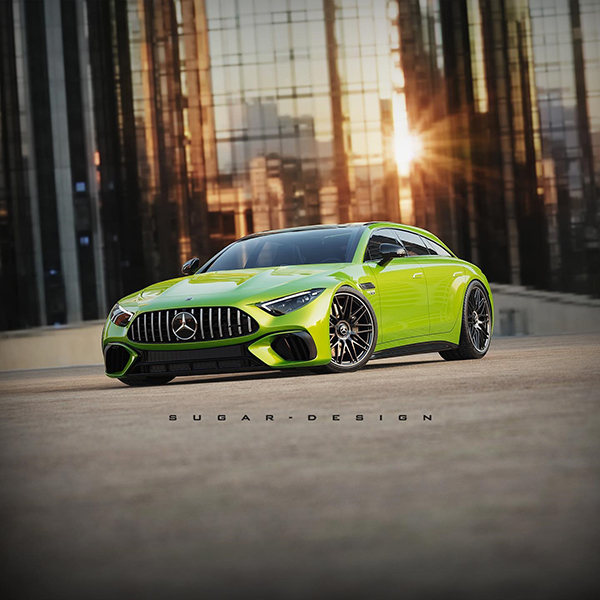 So, after six generations, the direct successor of the legendary gullwing 300 SL Coupe is currently an exclusive 2+2 Roadster grand tourer in its seventh iteration. There’s a logic behind the move, though, as Mercedes-AMG still has an entire family of GT models to look after – including feisty coupes and four-door coupe-sedans. 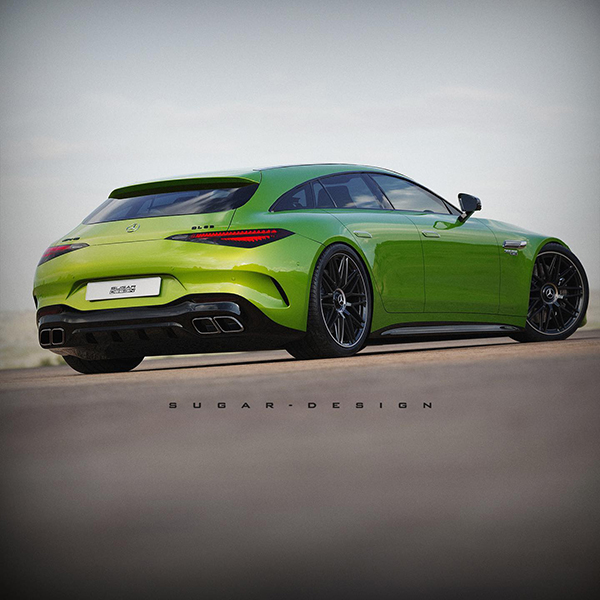 But some people think the SL-Class could still be extended without trespassing (more) on GT property. Meet Sugar Chow, the automotive virtual artist better known as sugardesign_1 on social media, who has seemingly fallen head over heels in love with one of his latest AMG projects, again…, and again, and again! After all, it bodes so freaking well for his “Touring the world!” periplus of making everything a practical yet still cool station wagon.

Now long ago, the pixel master teased and taunted us with the sight of a digital Mercedes-AMG SL 63 that morphed from Roadster to station wagon and arrived as a glorious-looking Shooting Brake to have us fall in love as well. Even better, the CGI expert has become a little obsessed with this idea, so he also envisioned the “SL AMG Shootingbrake” with a neat trick up its rear-wheel steering sleeve. 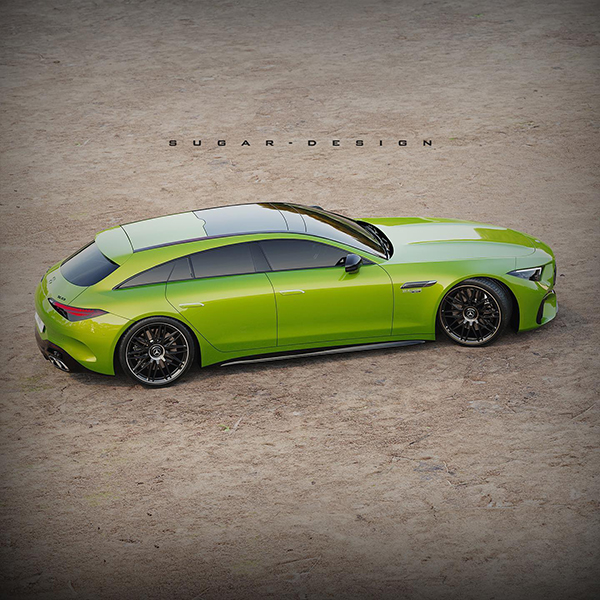 Hang on, that was not the end of it – as the SL also became a two-door Shooting Brake that literally hovered mid-air as if we were dealing with an exotic piece of car art. Now, the five-door is back into action and strikes out in any Shooting Brake crowd with a stunning Banana Green paintjob. Not much else has changed – it is still an SL grand tourer looking more life-like than ever.

Still, we are not here to complain but rather to ogle and dream of 4Matic+ road trip adventures with the kids!