Mercedes-Benz settles Mars Red paint lawsuit. The automaker had to pay $4.75 million in attorneys’ fees and up to $100,000 as reimbursement fees. 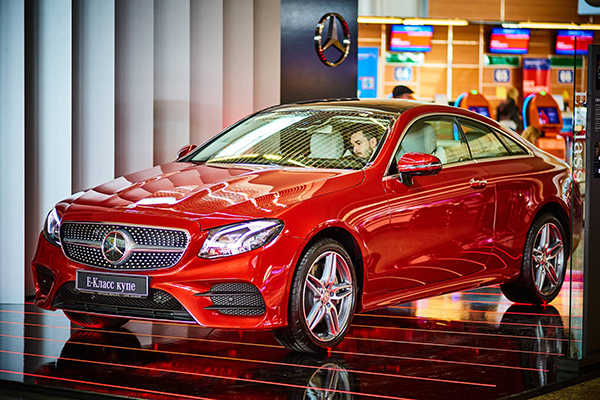 Mercedes-Benz has finally settled the class-action lawsuit over the quality of its Mars Red (Code 590) paint, which is also known as Fire Opal. The German automaker ended up paying $4.75 million in attorneys’ fees and up to $100,000 as reimbursement fees. However, the plaintiffs are still not happy about the hefty fine.

See, the Mars Red color was prone to bubbling, peeling off, erosion, premature flaking, and micro blasting of the clear coat. The color was also prone to becoming damaged, in some cases in under a year. Paintwork throughout the body of the car was susceptible to damage. The shoddy paint job had been plaguing Mars Red Mercedes owners. The primary concern was how the repaint decreases the value of the car. The Mars Red paint quality issues affected Mercedes cars, which were produced between MY 2004 and 2017.

A lawsuit was filed against the automaker in 2018 by multiple Mercedes owners. Plaintiff Robert Ponzio said that the color was one of the primary reasons why he bought his 2013 Mercedes-Benz Mars Red SL 550. Within a year, he noticed that the car’s clear coat was peeling off. When Ponzio further inquired about the issues with the color, the dealership assured him that the problem had been resolved at the time.

Ponzio was also assured that the repaint job done will not decrease the value of the car. Additionally, another plaintiff, Karina Kloczko incurred costs of $10,000 and had to wait for a month to get her car back. Although Kloczko had been assured that the value won’t decrease with the repaints, when she took her Mercedes for appraisals at CarMax, the car supermarket’s final evaluation reflected that the car had depreciated significantly because of the repaint.

With examples like these, it was noted that Mercedes knew that there was something wrong with the paint but continued to use it. That said, Mercedes has now settled the lawsuit. However, there is no consolation for the plaintiffs because Mercedes does not have to recall the damaged vehicles. The automaker only has to pay $5,000 as an incentive award to the plaintiffs.