The new Daimler CEO has already announced that the company will drop several engines and the fate of the manual transmission is also doomed. He now comes with a new statement regarding the plans of the company. 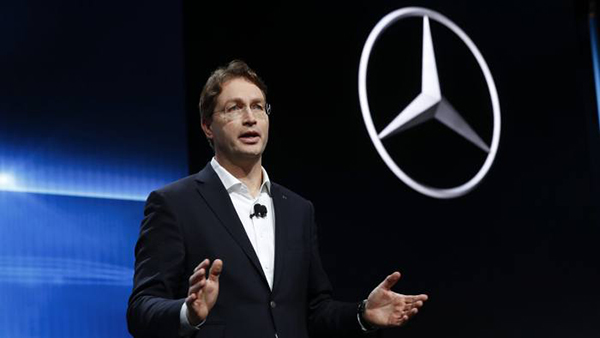 Daimler CEO, Ola Kallenius, claims that the premium car maker will have a totally different structure in five-years’ time. To begin with, the company will shrink in order to reclaim true luxury in an automotive industry that sees the segment of electric and autonomous cars on a constant development.

The Daimler executives are aware that the switch from internal combustion engines will translate into major job losses. Electric motors take less time and fewer components to build. Therefore, it takes fewer people involved as well.

“The next five years, [Daimler] will become a smaller company. We will have a fundamental change in the industrial footprint on the powertrain side”, Kallenius stated in a Reuters Events broadcast.

Kallenius makes no mention of any costs cuts by reducing the number of employees for the moment. Instead, he speaks of hiring people. But figures will have the last word. According to analysts from ING, the electric cars’ batteries and electric motor only integrate 200 components. Compared to that, the combustion engine drivetrain, with the transmission included, integrates 1,400 parts minimum.

“We are hiring a lot of new software engineers, experts in battery chemistry, electrification. There is no doubt in our minds that the footprint that this product leaves on this Earth needs to be smaller. That is part of the modern luxury promise”, Kallenius says.

Daimler will march on efficiency
Daimler is marching with its future EQXX, which is expected to be world’s most efficient electric car, with an approximate range of 1,200 kilometers. The zero-emission model will be thus able to travel half across Europe on a single charge.

New branches of the industry will develop as car makers will provide new digital services. A brand new vehicle operating system that will replace the current MBUX (Mercedes-Benz User Experience) in 2024 is also in the works. The system will allow over the air updates and additions. “Think of it like of an iPhone. You can add to it. That is the beauty of it”, the Daimler Chief Executive explains.