In 2015, freelance automotive designer Andries van Overbeeke began exploring how Formula One cars could change in the not-too-distant future. His worked earned him a coveted design internship at Bugatti, and he leveraged the lessons learned there to continue the series. The next installment looks at what an evolution of reigning champion Lewis Hamilton’s number 44 car might look like in, to quote the designer, “a nearby future.”

“I was inspired by generative designs and jet fighters,” van Overbeeke told Autoblog via email. He imagined a world in which a manufacturer of 3D printers becomes one of Formula One’s title sponsors. As a result, parts like the front and rear crash structures, the brake calipers, and the rims are 3D-printed from various materials. Design files can be shared between the teams, and presumably improved by each engineering department as needed. “This could lead to massive cost reductions, which is important with the upcoming cost cap,” the designer added. 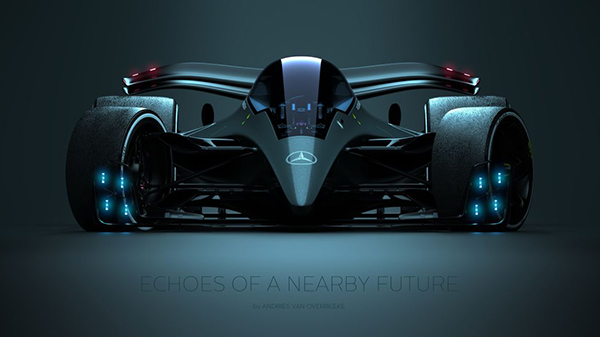 He made the car about 13 inches wider than the ones that compete in the 2020 season, and he shrunk its wheelbase to give it a more balanced look. It also wears a sharper nose that pokes through a subtler wing, a closed cockpit, and a smaller spoiler out back. It’s futuristic, yet it’s also surprisingly realistic. His earlier Formula One-based projects were characterized by a similarly down-to-earth approach to design. 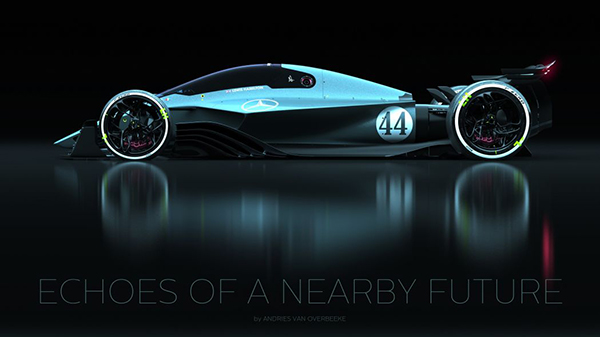 As for what powers the car, we’d have to get the insight of an engineer. Van Overbeeke included exhaust tips, so his vision doesn’t ditch the internal combustion engine, but he doesn’t have a specific drivetrain in mind. 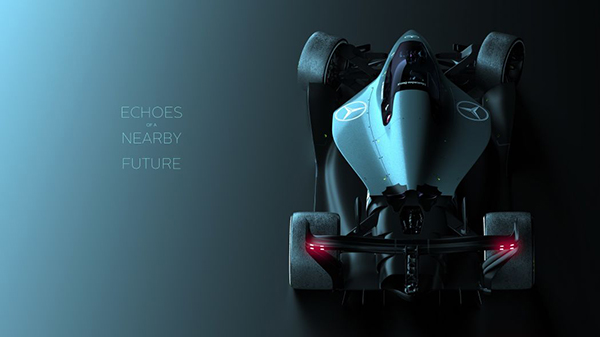 The renderings are the product of a designer’s rich imagination, not a preview of what Formula One cars will look like in the coming years, but Grand Prix cars are on the brink of a significant transformation. 2022 will bring new rules that will spawn cars with a striking new design and, possibly, LED panels that display race- and driver-specific information. The organizers will also enforce a $175-million spending limit, among other big changes. 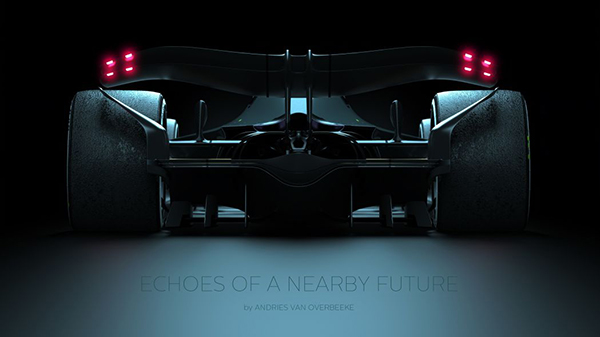 As for van Overbeeke, he explained most of the other projects he’s currently working on remain confidential. We’ll get the opportunity to check out his work on the big screen when The Batman is released in late 2021.