Let’s go back to basics. Honestly it’s just for the fun of it, and I was sitting here waiting for my Miata to arrive back from Colorado. I’m super excited to get this onto a track sometime in early April, so we can see what this chassis can actually do. 360 Hp/400 Ft-lbs in a car that weighs about 550 kg should be kinda fun.

The Porsche Boxster F1 car got a V12!

AMG’s ONE hypercar is Mercedes’ newest silver arrow, and full of tech and pizzaz. But it’s tough to get extra excited about a 1.6 liter turbo V6. Yes, Formula 1 tech is sprinkled down to this car, but when you compare it to another Mercedes Formula car, things get put into perspective. 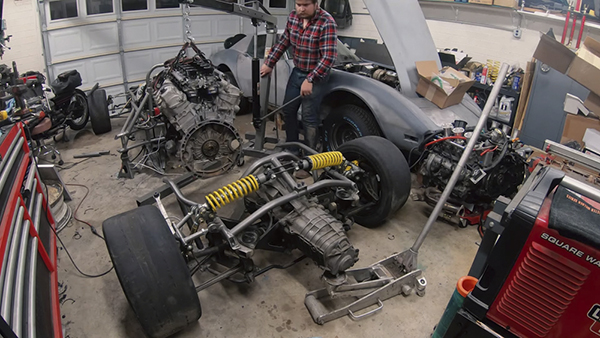 That perspective is brought to us by mastermind Wesley Kagan. Kagan originally built the formula car you see here out of a Porsche Boxster. Kagan says “well, I have a small, light V12 that I’ll need to do something with… That would probably fit.” But with a Mercedes V12 at his disposal, he thought to give this homemade racer a peroper engine.

It’s an M127 plucked from an SL600, which The Drive notes is good for 362 horsepower, and 391 lb/ft of shove. Compared to the Boxster S unit, this is a significant bump in power. It’s also a vastly different shape than the flat-six it replaces. 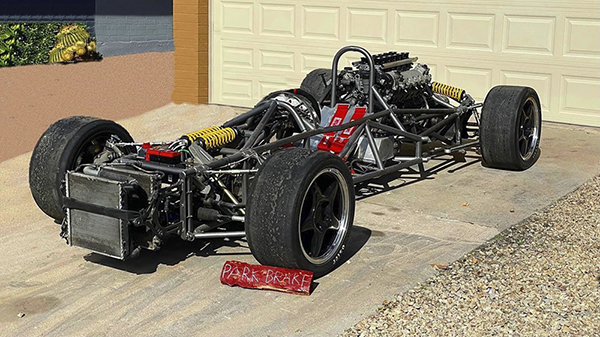 Kagan did have to modify the frame for the new V12, but seeing as he’s a master welder, it took no time at all to put things back together. Interestingly, he did decide to retain the Porsche transaxle. Will it withstand the increase in torque? There’s only one way to find out. Either way, we all know manual swapped Mercedes are quite awesome, but mid-engine manual Mercedes V12’s are on another level.

In this video, we don’t get to see it run just yet. This was just a test fitting to make sure it all would work cohesively together. Kagan works quickly, but some things like the CNC machined adapter plate for the transmission do take some time to create. Plus he has to work with some of the engine’s accessories, make exhaust, and plumb everything in. But one of the things we can’t wait for is to hear that V12 howl like a Pagani. And if that comes at a fraction of the price, we’d be willing to barter some money to see if Kagan will build some more.