A 2007 Maybach 57S and a Mercedes-Maybach S560 are now face to face. Are they just as precious? How much are they actually worth in terms of comfort? Let’s see.

Mercedes-Maybach vs The Cheapest Maybach You Can Buy

Rolls-Royce dismissed the Maybach, never looking at it as a competitor. Not when it was an independent brand, nor now, when it is a sub-brand. But the name still equals exclusivity regardless of the attitude of the Brits.

Almost 15 years ago, the Maybach 57 and 62 came for a lot of money. Did the price reflect their ability to stand proud in the segment? Were they worth the price? Almost 15 years later, the Throttle House team is trying to find out. 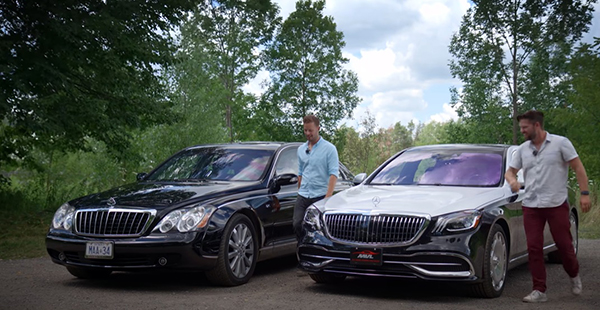 In order to point out strong and weak points, the team pits the 2007 Maybach with the 2021 Mercedes-Maybach.

How much of a difference would 13 years make between the Mercedes-Maybach S560 and the Maybach 57S? 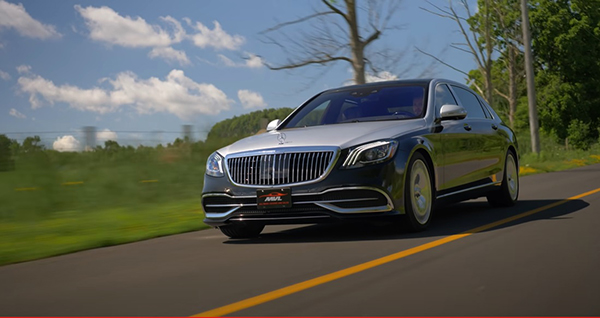 It is obviously not that simple, as luxury can’t be calculated in years. The current Mercedes-Maybach S560 4MATIC starts at $173,000 in the United States. It comes with the cutting edge technology developed by the premium brand in the past few years. But a two-tone paintwork sets you back $12,000 more.

It comes with a 4.0-liter V8 engine that develops 463 horsepower and makes the sedan run from a standstill to 100 km/h in 4.8 seconds.

Meanwhile, the new Maybach dropped the badge at the front and from the headlights, but discreetly kept it on the rear pillar. What other differences are there, inside and outside?

The two vloggers can’t stop from repeatedly saying “Amazing!” when driving and being passengers in the luxury sedans. That is only because they both behave as sports cars, even though they weigh around 2 tons. Each of them has the ambience of a high-tech (in its time) laboratory combined with a premium lounge. Which one would you go for?