Mercedes-Benz has found a new designer in Billy Porter who’s transforming the Mercedes-Benz Maybach. Inspired by Cinderella and the Fabulous Godmother, Porter creates a wrap that’s as magical as his character and this modern fairytale.

Mercedes-Benz announced that its joining forces with Amazon Prime Video for the upcoming “Cinderella” movie. Together, they will launch a campaign that celebrates strong individuals and supports female empowerment. As part of this campaign, Mercedes will showcase a golden-wrapped glittery Maybach S 560, inspired by “Fab G’s” style in this modern fairytale.

Director and writer Kay Cannon delivers a daring, star-studded musical reinterpretation of the classic tale. Camila Cabello, in the title role, is a modern-day Cinderella who defies tradition, patriarchy, and her stepmother to achieve her own goals. 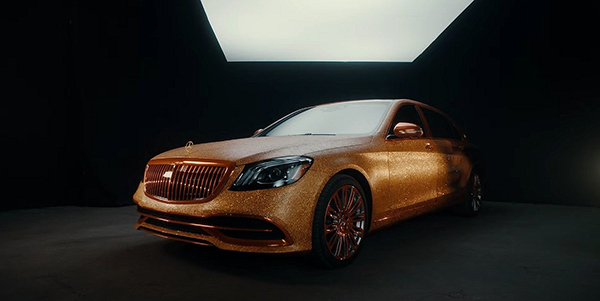 Mercedes-Benz has created a new commercial based on the film that wants to urge women to redefine the roles they are expected to play in society. The new spot, which features Cabello, Kay Cannon, and producer Shannon McIntosh, premiered on August 2nd on the German carmaker’s website and social media channels.

“We are excited to join forces with Mercedes-Benz to launch a campaign that celebrates strong individuals and promotes female empowerment. Our heroine (Camilla Cabello) is an ambitious young woman whose dreams are bigger than the world will allow, but with perseverance and the help of her Fab G (Billy Porter), she makes her dreams come true.”, says Ukonwa Ojo, CMO of Amazon Prime Video. 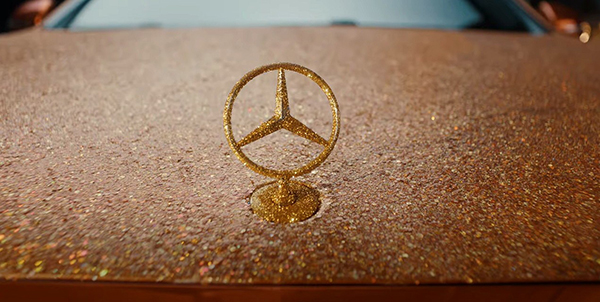 The spot also features the Mercedes-Benz G-Class, another modern variant of a “chariot” (this time not decked out) in which the audience can see a new kind of Cinderella behind the wheel. Check out the clips released by the German brand to catch a glimpse of what a modern fairytale looks like.