Must be a reason why you’re not the king of your castle, and that’s probably because you don’t have one. And you likely don’t have an armored and stretched luxury limousine like the pictured Mercedes-Maybach S 650 either, but you could, if you can fork out a seven-digit sum for it. 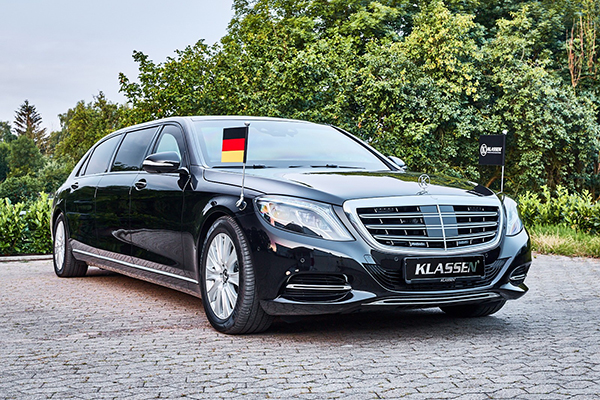 Worthy of a head of state or a drug lord who wants to attract attention, the Mercedes-Maybach S 650 in question is one of the numerous vehicles modified by Klassen over the years and one of plenty to be in search of a new home. Care to make it yours? That would be a cool €1,309,000, tax included, or almost $1.3-million at today’s exchange rates.

Mind you, there are many things that one could blow that kind of money on, and if a car is a must, then they would be spoiled for choice. From some rare classics to supercars, and even hypercars, name it, and you could have it for well over one million bucks. Then again, anyone who’s interested in an armored and stretched luxury limo probably has other things on their mind, and living (in high-end luxury) to see another day is perhaps high on their list. 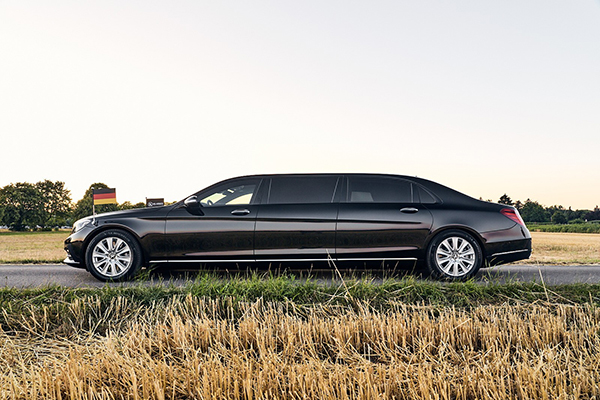 But enough about that, let’s move on to the actual car itself, which is brand new, according to the company behind it that has advertised it on its website here. Black is the only color that suits such a machine, and it is slightly contrasted by the usual chrome trim. There are flag holders on the front fenders, and new wheels, with Klassen center caps, wrapped in Michelin tires that are likely run-flats to ensure quick getaways in case things go south.

And speaking of the elephant in the room, the ballistic protection, it has a VR8 rating, which means that it can withstand shots fired from a 7.62mm assault rifle. You are looking at bulletproof windows all around and protection for the entire passenger compartment. In all likelihood, Klassen has reinforced the structural points, door hinges, and suspension, as it is much heavier and longer, for that matter than the standard Mercedes-Maybach S-Class. 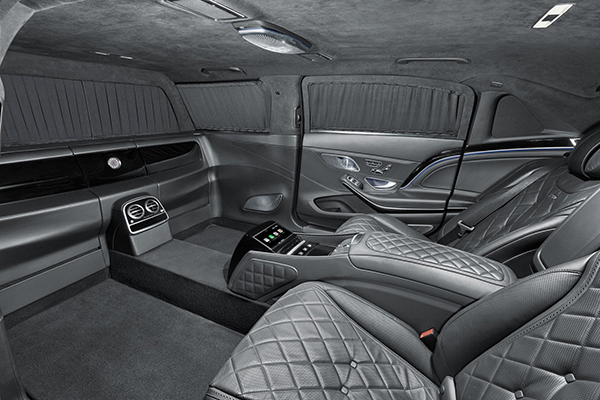 The wheelbase has been stretched from 3,365 mm (132.5 in) to 4,415 mm (173.8 in), and it now measures 6,503 mm (256 in) from bumper to bumper. More space between the axles automatically translates into a much roomier cockpit, and if you open the door, then you will see two big captain’s chairs and two more seats facing backward. A partition wall separates the living from the immortal, and there are curtains all around to provide the much-desired privacy. Fold-out tables are included too, and those sitting at the back can control the multimedia system, HVAC, and so on.

We don’t know anything about the oily bits, as the company responsible for the modifications chose to keep these details close to its chest. Nonetheless, anyone truly interested in making it theirs should have no problem finding out how fast it is as a result of the modifications. The question is, would you buy it and hire a chauffeur, or would you rather do the driving on your own in something that is a bit shorter?