Mercedes-Benz is working on a facelift for its midsized GLB-Class SUV, seen here testing in the snow. The AMG model will be refreshed as well, bringing the whole lineup up to date soon. As with any good facelift, the face has indeed been lifted, and the new model shows some camo over its revised front fascia. 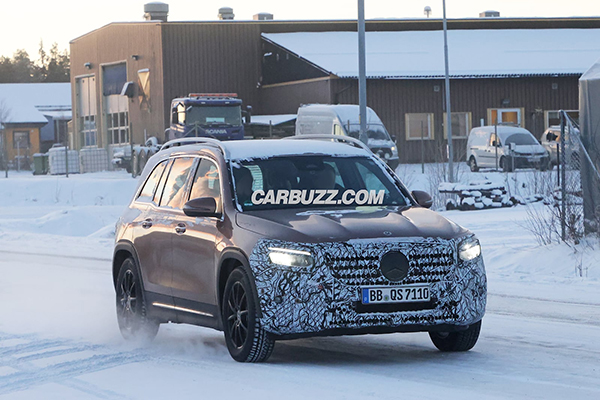 Some light changes have been made around back as well, but more on that in a bit. For now, know that the bumper has been restyled. We can see some air holes in the camo below the lower intake, so it’s possible the lowest point of the bumper could be open. In addition, it appears Mercedes has reworked the headlights a little. 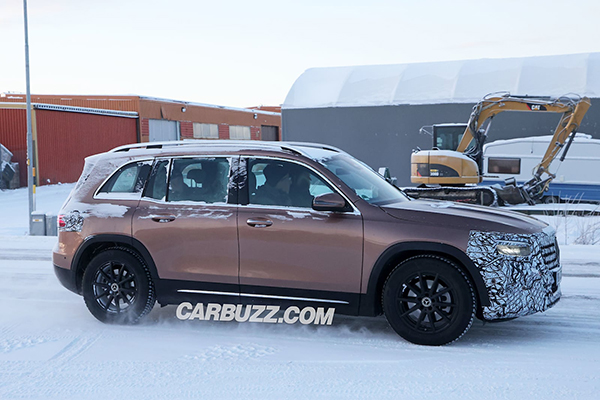 Around the Mercedes badge, we expect a much more open face, likely aesthetically mirroring the brand’s electric lineup. After all, the GLB has been electrified in the form of the similarly priced EQB. Mercedes is also working out some new wheel designs for the EQB. As ever, there will be a few standard options in addition to some AMG-Line wheels on offer.

Around back, things will remain largely the same. Mercedes will tweak the taillights some, but to what degree it’s tough to tell. That’s thanks largely to the copious amounts of snow on the rear hatch. Still, expect the same general ethos as the front – bringing the car up to date and in line with the brand’s electrified products. 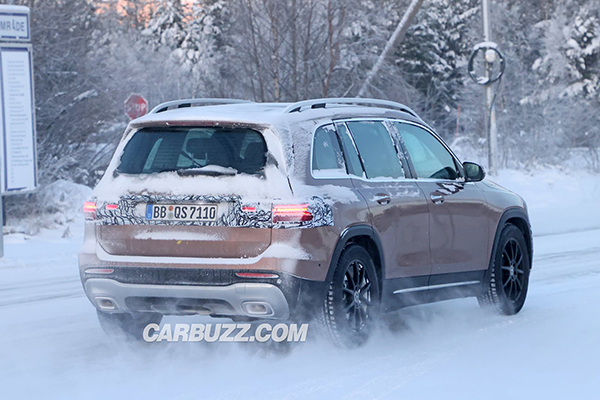 That’s also true of infotainment. Our spies weren’t able to get a look at the interior, but believe that the brand’s MBUX infotainment system could be in for some minor changes. Likely, that means the removal of the center trackpad as seen in the new Mercedes A-Class.

The most major mechanical change will be in the form of Mercedes’ new 48v mild-hybrid tech, which should arrive alongside the facelift. Expect a debut sometime in the back half of 2023.