In theory, the new generation Mercedes-Benz G-Class is built like a tank – well, save for a few squeaky plastics. But what about in practice? 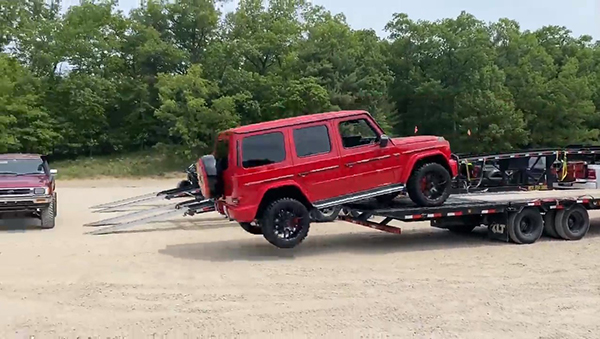 Truth be told, ever since it was shown to the world in 2018, it has been subjected to all kinds of tests, in various environments, be it alone, or accompanied by other off-roaders. And it did manage to impress, especially when fitted with fatter tires. 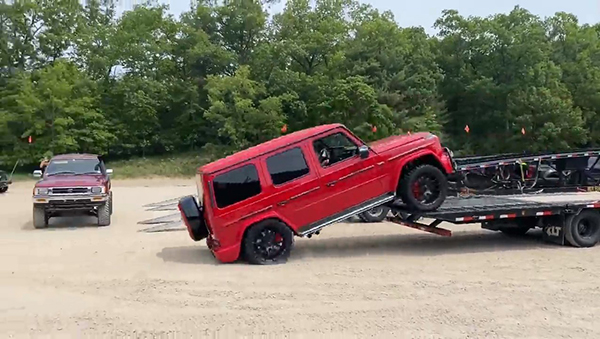 Throw in new suspension, real underbody protection, trail lights, a bulbar, and maybe an exoskeleton too, give it a raptor paint finish, and you have a potent beast that could take you and your close ones, and their luggage, to some of the most isolated places out there. Order the AMG variant, which is known as the G 63, and you could hit the local drag strip every now and then too.

Now, it is obvious that the modern-day G-Wagen is highly versatile, not to mention stylish, and eager to prove its worth in all sorts of situations, including jumping off a trailer. Yes, you read that right, as one such example was filmed performing this stunt, probably during some kind of 4×4 gathering. 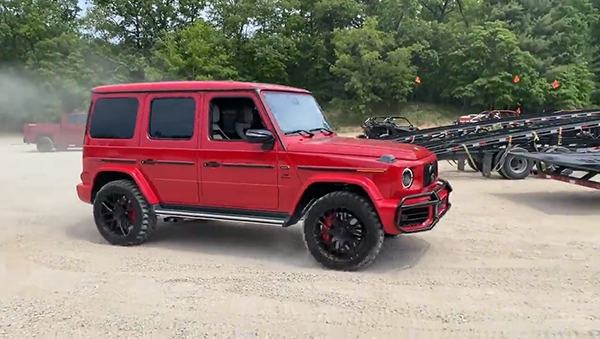 The trailer was stationary when the owner of this G-Class that sports a few modifications, including a new exhaust system that doesn’t really do justice to it, decided to prove to anyone who was looking that their off-roader does have what it takes in order to pull such a stunt.

As a result, they jumped in, turned the engine on, put the car in reverse, and stepped on the gas. A few moments later, the vehicle was in the air, with the suspension taking a massive beating. So, did it disintegrate, or did it handle the whole thing like a boss? The video embedded at the bottom of this story, which comes from sxsblog on Instagram, answers the question, so you know what to do next, don’t you?