Come 2022, Mercedes-Benz will have unveiled a total of six new EV family members for the EQ sub-brand. As far as we can tell, the first to come rolling down the red carpet will be the little EQA, scheduled for a January 20th appearance in front of the battery-loving crowd. But before we get to see the crossover in its entirety, let’s have a look at the EQS’ new MBUX (Mercedes Benz User Experience) Hyperscreen.

World premiere of the MBUX Hyperscreen By Mercedes-Benz

Mercedes has released details on the EQS’s new MBUX Hyperscreen infotainment system. When it makes its debut later this year, the German brand’s pure-electric sibling for the seventh-generation S-Class will be the first model to feature the technology.

The new Hyperscreen set-up will span the width of the Mercedes EQS’s dashboard, combining the digital instrument cluster, central media screen and climate controls into a single glass panel. The front passenger also gets a media display on their side of the dash; it shows digital art when the seat is unoccupied. 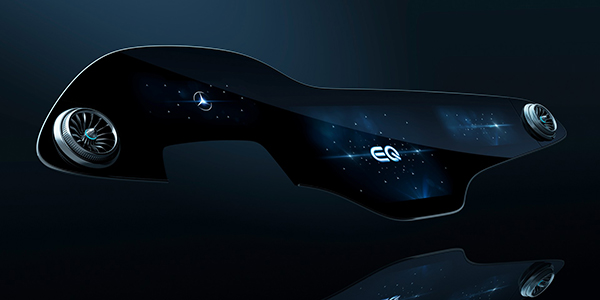 The curved unit measures 141 centimetres (55.5 inches) across and is supported by a multifunction interior camera and a light sensor which automatically adjusts the brightness of the screen according to the time of day. The new MBUX infotainment system also has 24GB of RAM – six times more than the average home computer.

Mercedes has tried to make MBUX Hyperscreen as easy as possible to use, eliminating the current system’s reliance on a menu screen. The firm says that the system’s most important functions will be accessible from the home page, after being automatically served up to the driver using the car’s artificial intelligence programme. 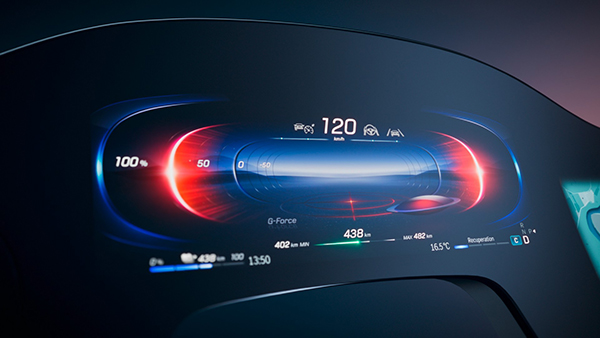 The EQS’s AI software can learn the driver’s habits and automatically perform their favourite functions. For example, if the owner regularly calls one of their contacts while driving home on Tuesday evenings, the infotainment system will display a prompt at the appropriate time.

What’s really clever, though, is the system can recognise the person driving the car using its interior camera and store information on up to seven people’s driving habits. So, if someone else is driving the EQS on a Tuesday evening during the ritual phone call time period, they won’t be shown the prompt. 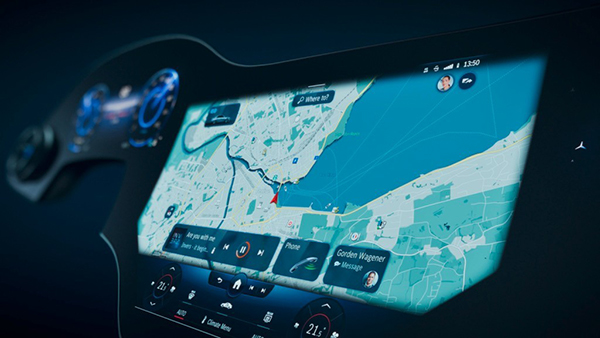 New 2021 Mercedes EQS: chassis and powertrain
Our spy photographers have already spotted camouflaged EQS mules undergoing development testing at the Nurburgring. Specific details about the electric car’s platform and powertrain are yet to be confirmed, but they were previewed by the EQS Vision Concept from the 2019 Frankfurt Motor Show. 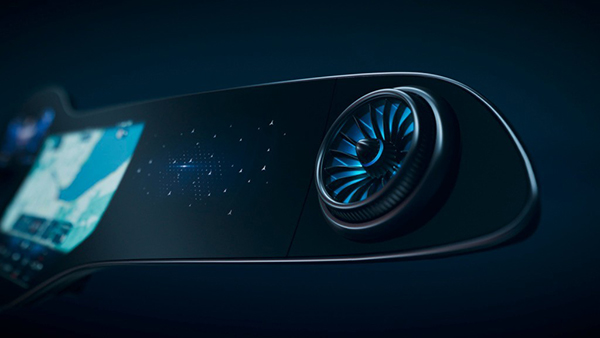 The concept car’s electric motors and battery pack were mated to a sophisticated charging system, which offers support for the latest 350kW fast-chargers. That would see 350 miles of range added in less that 20 minutes, which is a huge leap towards making electric cars genuinely usable over long distances.

Markus Schafer, Mercedes’s head of research and development, recently described the EQS as something “completely different” to the brand’s current line-up. He also said the EV saloon would enter production in summer this year, at the company’s new Factory 56 facility in Stuttgart, before first deliveries arrive in the second half of 2021. 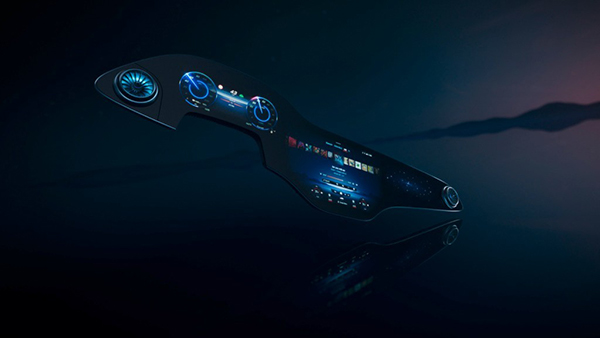 Comparing the latest spy shots with official images of the new S-Class hints at strong design differentiation between the two models, and Schafer confirmed that this would be the case. He said: “We are departing from our old approach. We started with existing architectures and we adapted them to make them electric. Now we are changing gears and moving towards a purpose made platform.