Mercedes is perfectly aware the glory days of the convertible are long gone, having axed the SLC and rumored to do the same with the S-Class Convertible amid weak demand. That said, the three-pointed star is not giving up on the once highly desirable body style altogether as the company is still planning a new SL while updating its current convertibles. After the C-Class Convertible received a nip and tuck in 2018, it’s now almost time to see its revised bigger brother.

Caught right in front of Daimler’s headquarters in Stuttgart by YouTuber walkoARTvideos, this prototype of the E-Class Convertible had camouflage exactly on the surfaces you’d expect Mercedes to cover. A mildly reworked front bumper hides underneath the black plastic cladding, while the partially exposed headlights are essentially carried over from the 2021 E-Class sedan and wagon. 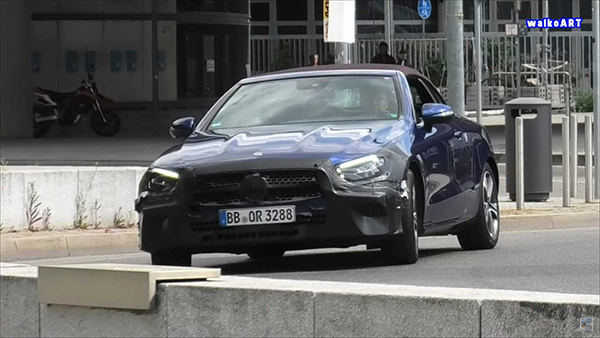 From what we’re able to tell, the taillights appear to be sourced from the current variant of the cabriolet, although the camo might be hiding something new. Even if that’s the case, the changes will likely be limited to updated LED graphics rather than an entirely new taillight cluster. This fine blue Mercedes prototype with a dark brown soft top wasn’t hiding much, which leads us to believe an official reveal is right around the corner. It should be the same story with the coupe as the two-door models could debut in the weeks to come. 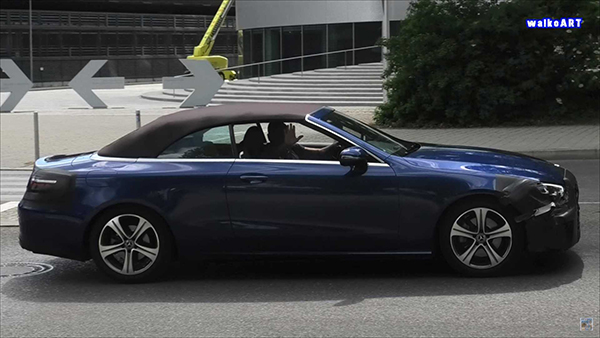 Having seen what the mid-cycle update has brought for the sedan and wagon, it’s easy to figure out how the posh convertible will change with the model year switch. Long story short, expect the 2021 E-Class Convertible to feature the MBUX infotainment, better safety and driver assistance systems, and new or revised engines bringing improved efficiency. 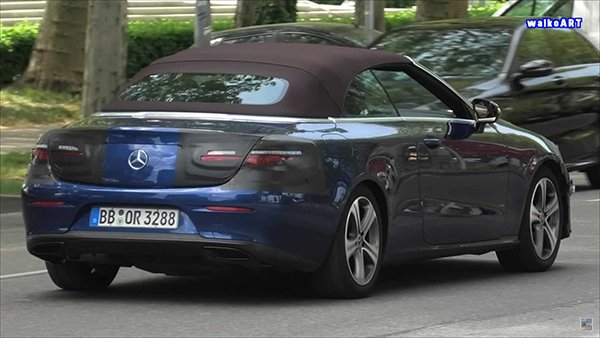 While we’re waiting for the 2021 E-Class Convertible to premiere, Mercedes has promised to unveil the AMG E63 facelift by the end of the month, so the debut should occur any time now.