When it comes to widebody kits, often times the result is hit or miss. However, with this Mercedes C-Class found on Reddit, it seems to fall somewhere in the middle. On one hand, the car is wearing a full carbon fiber body kit with some expensive looking wheels, but on the other hand, the execution of said kit could’ve been better. 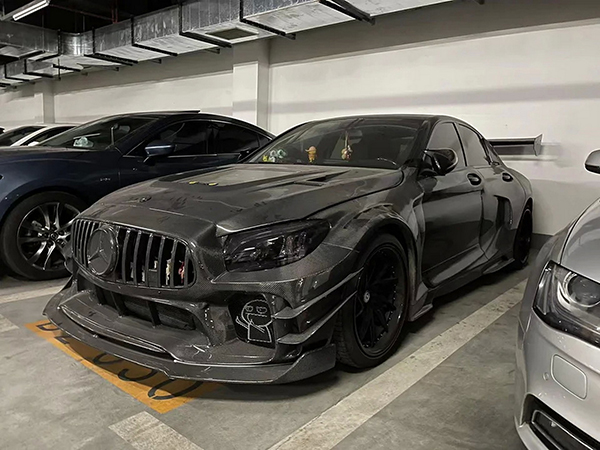 The front bumper is in the style of the AMG GT R with a frowning Panamericana grille and large lower intakes. Also up front is a massive front splitter complemented by a large set of dive planes. 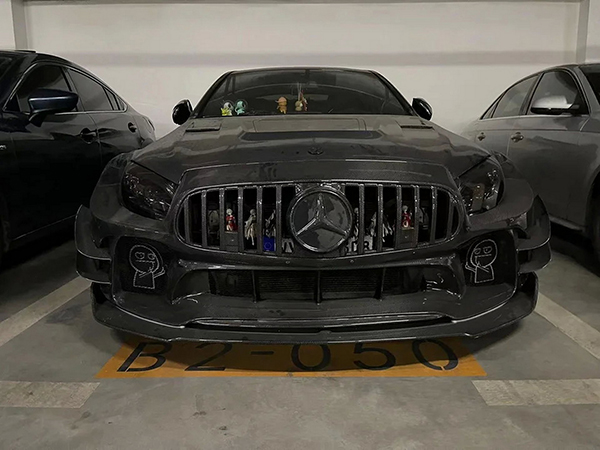 Moving further back, the vented hood features a clear window to see the engine. However, it’s unknown whether anyone would be seeing a four-cylinder instead of a V8. Aside from that, the front fenders feature two sets of vents: one on top of the wheels like the AMG GT R Black Series, and a single one at the cut line for the door like the Honda Civic Type R. 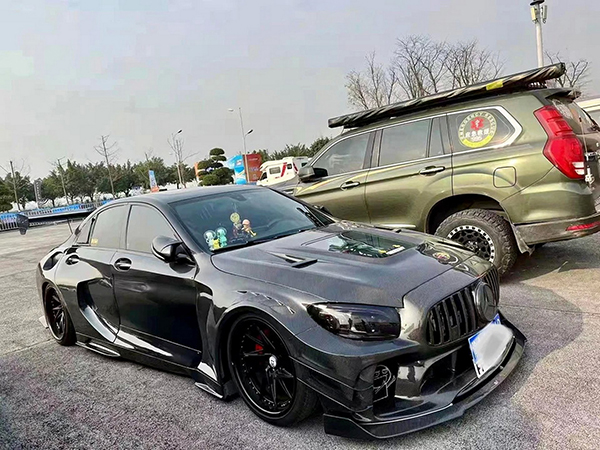 Interestingly, while many widebody kits feature cutouts for the fuel door, this one also features cutouts for the door handles, which leads us to believe that the doors have their own widened panels as well. Finally, just ahead of the massive rear wing that’s bordering on the size of a park bench we can see non-functional fender intakes. There aren’t any pictures of the rear end of this Mercedes, but if we had to guess, we’d say there’s probably a large diffuser equal in proportion to the front splitter and, probably, sizeable exhaust tips.