We know what you’re probably thinking, that the pictured Mercedes C-Class is not that old. Wait a minute, that wasn’t it, as you have to be wondering whether it actually exists in the real world or not. 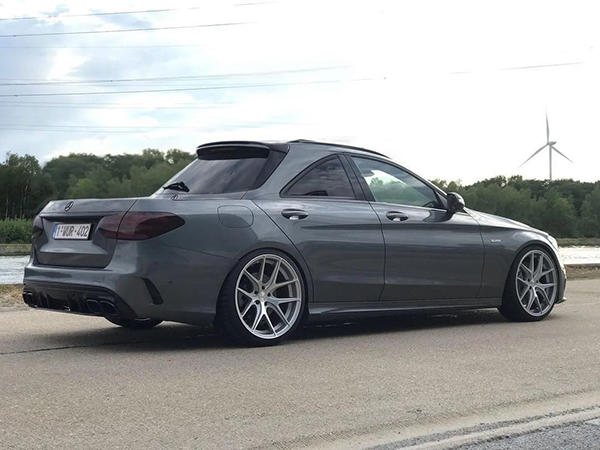 The answer to that question is no, as no one would be crazy enough to actually turn the W205 into a pickup, or a ute as our friends Down Under would refer to it.

Starting off with the Mercedes-AMG C 43 Estate, photo.chopshop on Instagram turned it into a premium workhorse that won’t do any off-roading, not with those wheels and tires, and low ground clearance. It sports a much shorter roofline, retaining the roof rails and spoiler above the rear windscreen, but that’s not the odd part.

If you look further down, then you will see a pair of extremely small windows, which would have normally been the three quarter ones, incorporated into the rear doors. The latter protrude a bit too much into the C pillars, and further back, it has an open bed, with a proper tailgate decorated by the three-pointed star emblem. Since it builds on the C 43, it retains the quad exhaust pipes, aggressive diffuser, sporty bumper, and obviously the twin-turbo V6.

Yep, there was a time when even the C 43 had a six-banger under the hood, and the C 63 had an eight-cylinder unit, but you’d better forget about them, as the upcoming C 63 will ditch the V8 for good. Expected probably in a few weeks/months, the brand’s rival to the likes of the BMW M3 will launch with a turbocharged 2.0-liter four-cylinder engine, with hybrid assistance. The total output is understood to be around 650 horsepower, which, if correct, then it will give it a significant advantage over its direct rival, and the M3 Touring, and Audi RS 4 Avant, as it will also launch in the wagon body style.