In today’s MercBenzKing’s episode, we present to you the all-NEW 2021 Mercedes C-Class. This is the first video of the C-Class Episode showing you the newest MB User Experience, interior, exterior and drive. Fully personalised and newest technology. The new C-class will also be available as a Hybrid with 100km range on full electric. Hope you enjoy the video!

We’re less than two weeks away, reportedly, from Mercedes unveiling its all-new W206 C-Class, a car that should immediately challenge the latest G20 BMW 3-Series for segment supremacy. As it stands, it really seems like the new ‘C’ is about to do quite well for itself.

Now, we’ve all seen the spy images, so we have a pretty good idea of what it will look like. What we haven’t seen, though, is a detailed walkaround video with a real-life prototype, including genuine onboard driving footage – until now, that is. 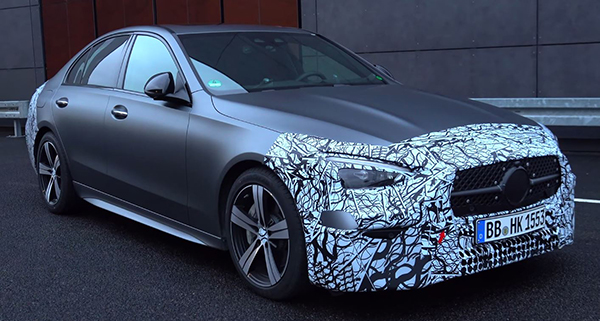 Several YouTubers recently got the chance to examine the new C-Class while also taking it out for a spin (from the passenger seat), as a Mercedes engineer explained all the changes that make this such an upgrade over its predecessor. 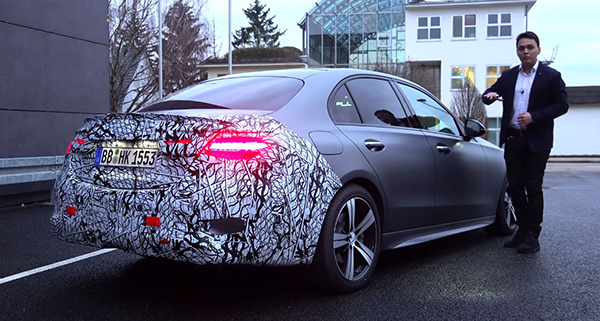 Still, the car looks bigger, and according to reviewers, it’s also more comfortable to sit in as a result of this growth, especially if you’re a rear-seat passenger. The wheelbase is longer too, by some 2.5 cm (almost an inch).

Inside, the W206 C-Class takes after the S-Class in terms of how the screens are positioned, and the car in question here is clearly equipped with the AMG Line package, hence the sporty steering wheel (as well as those sharp side skirts on the outside). 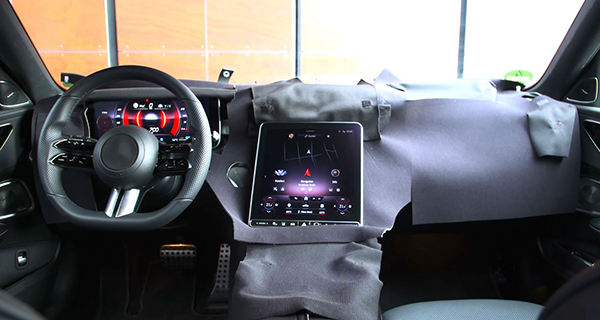 Like the new S-Class, the smaller sibling also comes with touch-capacitive seat adjustment buttons, which in typical Mercedes fashion are still shaped like actual seats. However, you no longer need to press into them, but rather touch them in the correct spots. Meanwhile, in terms of practicality, one reviewer claims that not only is knee room better in the back, but also headroom, thanks to the redesigned B and C-pillars.

Last but certainly not least, we need to talk about the driving footage. The car being driven was a mild-hybrid C 300 4MATIC with EQ-Boost, plus an Overboost function, as well as rear-axle steering, which is quite an impressive setup for a sports executive segment model. You usually only get rear-axle steering on considerably more expensive cars nowadays. 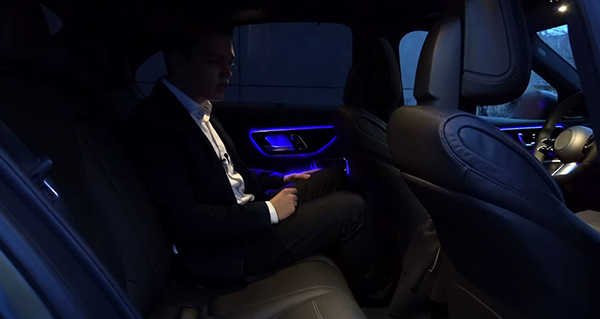 In terms of power, the new C 300 4MATIC uses a 2.0-liter four-cylinder gasoline engine, good for 190 kW (255 hp/259 PS). However, with the Overboost function, you can squeeze well over 270 hp for a limited time, such as during an overtaking maneuver.

We expect the 2022 Mercedes C-Class to lose all ramaining camouflage and break cover on February 23.