Back in the ’80s, the Deutsche Tourenwagen Meisterschaft (DTM), or the German Touring-car Championship, was the main motorsports event in Germany, and carmakers such as Volvo, BMW, Alfa Romeo, or Ford tried to get the crown. Until Mercedes-Benz decided to take that matter seriously. 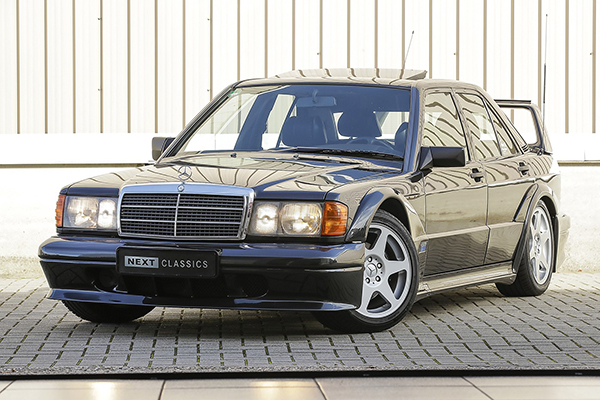 The car you see here is not just a Mercedes-Benz 190 with a weird aerodynamic package. It is one of the 502 vehicles built to get the homologation number from the FIA, needed to enter the car on the race. Out of these, 500 were black, and the last two units built were silver. Soon, it became one of the most successful touring cars ever made by Mercedes-Benz and won the DTM twice in 1991 and 1992. 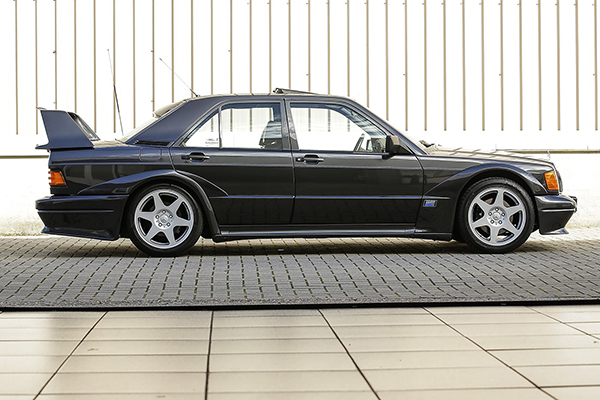 A wild aerodynamic package designed by professor Richard Eppler from the University of Stuttgart lowered the drag coefficient to 0.29, which was amazing for those times. It also added some downforce to the car, increasing cornering speed. The story says that BMW engineers joked about the EVO II and said that the aerodynamics must be different between Munchen and Stuttgart and, if that wing works, they’ll have to redesign their wind tunnel. They redesigned their tunnel. 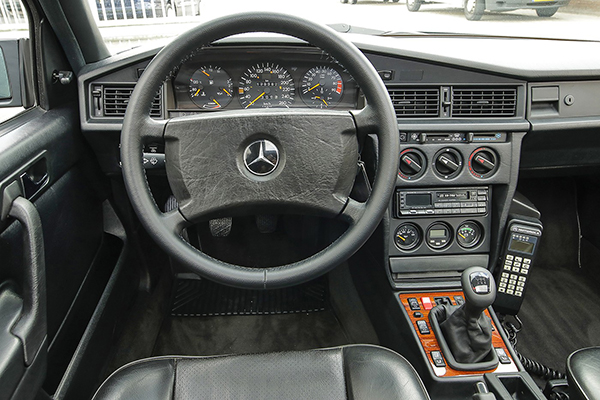 This Mercedes-Benz 190 EVO II was part of the 1990 batch and sports the 310 number. First, it was sold in Germany, and then it was purchased by the WP0ZZZ seller from the Netherlands in July 2021. Moreover, the AMG PowerPack engine upgrade raised the Cosworth engine power up to 232 hp at 7,200 rpm and 181 lb-ft (245 Nm) of torque at 5,000 rpm. The four-pot mill with a 2.5-liter displacement was paired to a five-speed Getrag dog-leg gearbox and sent the power to the rear wheels via a limited-slip differential. 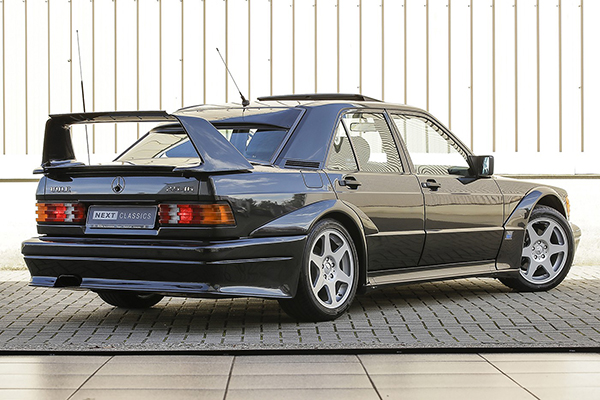 This example’s interior is very clean for a car that sports 139,000 km (87,000 miles) on the odo, which shows that it was cared about. Sure, we don’t know how many times this car saw the 250 kph (145 mph) speed limiter on the German Autobahns, but it doesn’t really matter as long as it was well maintained. The seller replaced all the fluids and replaced the trunk-located battery since it acquired it. And, considering that it’s a very rare car, expect the price to go higher into the six-figure zone until December 27th, when it will meet the deadline.