The fifth generation of the Mercedes-Benz C-Class wasn’t launched with as much pomp and circumstance as some of its predecessors due to the international health crisis. Still, even though hands-on reviews of the model are yet to arrive, it seems that the media received it reasonably well. 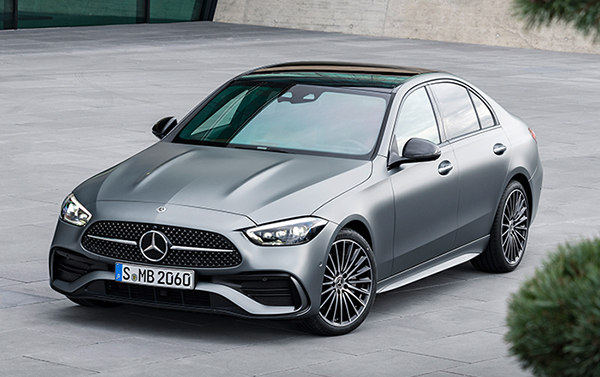 With its exterior and interior inspired by the S-Class, the C-Class W206 is an abrupt departure from its predecessors regarding design, powertrains, but most of all, technology.

Sadly, Mercedes-Benz is nowadays reassessing its focus in each and every one of its segments, and it looks like convertibles and coupes are on the way out, with SUVs and crossovers very much in.

What this means for the C-Class family is that the W206 generation of the model will be devoid of the coupe and its convertible iterations, with the only remaining body styles being the sedan and station wagon.

That said, later this year, we will get a new member of the C-Class lineup, albeit one heavily based on the C-Class Wagon.

Set to be called the Mercedes-Benz C-Class All-Terrain, it will take on more established crossover station wagons in its segment, like the Audi A4 Allroad and the Volvo V60 Cross Country.

It was the first model we thought about upon seeing the adjacent spy photos, thinking that Mercedes-Benz is oddly testing it under a C-Class sedan body. Upon closer inspection, this prototype is definitely a mule of some kind for a future crossover and not a near-production model, but the plot only thickens after this realization.

Apart from the extra width of both the front and the rear tracks, the mule also features the same extreme version of the rear-wheel steering system optionally available on the S-Class.

Why Mercedes-Benz didn’t use a station wagon version for this peculiar mule is beyond us. Then again, this isn’t the first time that the German carmaker uses the body of something unexpected to test the drivetrain of a very different model.

If you remember, the GT Four-door Coupe was also tested hiding underneath an E-Class Wagon at one point, while the upcoming SL Roadster was hidden under the body of a heavily modified S-Class Coupe a few years back.