Mercedes-Benz is readying an All-Terrain version of its C-Class Estate, and our spies have caught a disguised version of the upcoming A4 Allroad rival ahead of release. 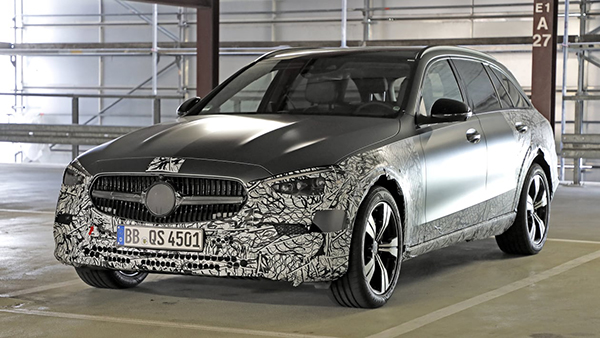 The will make its debut at Munich’s IAA motor show in September, as the second model in the Mercedes line-up to receive the All-Terrain treatment. The E-Class was the first, and featured four-wheel drive, a raised ride height and protective body cladding as part of the All-Terrain makeover.

As revealed by these spy shots, more of the same can be expected for the C-Class. The camouflage of this pre-production car is unable to conceal rugged plastic wheel arch extensions, and extra sill protection is visible beneath the disguise. 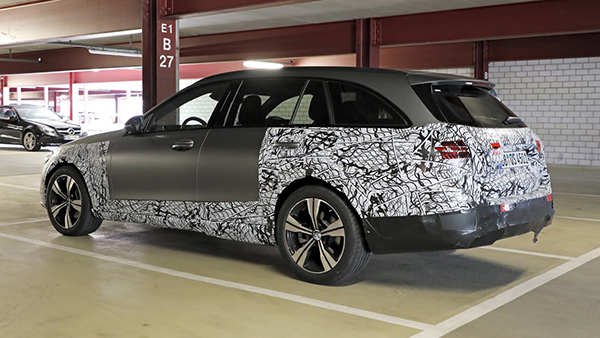 Modifications at the rear are more difficult to spot, but it’s safe to assume the All-Terrain will be fitted with a black plastic rear valance, too. The All-Terrain also has noticeably higher ride height, for more ground clearance than the standard C-Class Estate.

Adjustable air suspension has been dropped as an option on the new C-Class, only available on the rear axle of plug-in hybrid models. That could change for the All-Terrain model, though to give the model a flexible ride height. For reference, the E-Class All-Terrain rides 29mm higher than standard, with its air suspension allowing an additional 20mm of ground clearance at maximum height.

Mercedes’ 4MATIC four-wheel drive system will be fitted to the C-Class All-Terrain as standard, giving some degree of off-road ability. This setup predominantly sends drive to the rear wheels under normal conditions, but can distribute more torque to the front wheels when slip is detected. 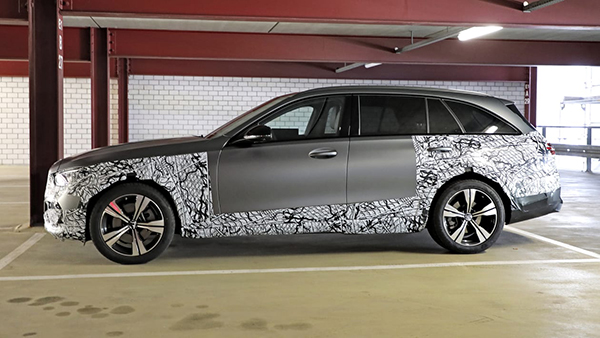 Like the standard car, the C-Class All-Terrain will be exclusively available with a 9G-Tronic nine-speed automatic gearbox, but it remains to be seen whether the engine range will be confined to diesel options alone, as is the case with the E-Class All-Terrain.

If not, then the All-Terrain could use the same powerplants as the normal C-Class, all of which feature Mercedes’ EQ Boost mild-hybrid tech. 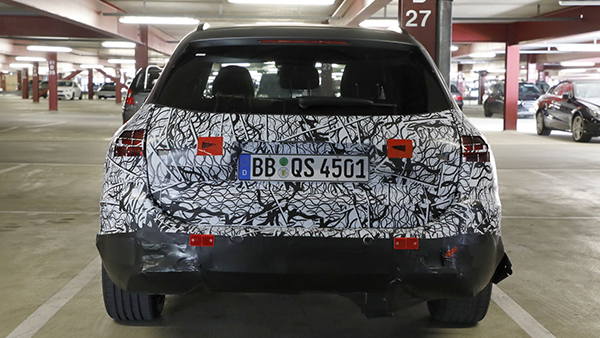 There’s also potential for a plug-in hybrid powertrain, as fitted to the C300e. This combines a 198bhp 2.0-litre engine with a 126bhp electric motor, for a combined output of 304bhp.

The C-Class Estate has a boot capacity of 490 litres – 30 litres more than the previous car – expanding to 1,510 litres. Though this figure could be impacted by the integration of the four-wheel-drive system.

The rest of the cabin will also be shared, meaning that the All-Terrain will adopt Mercedes’ latest MBUX infotainment system. This combines an 11.9-inch central touch screen with a 12.3-inch digital instrument panel, and includes a 360-degree camera, live music streaming and the ‘Hey Mercedes’ voice assistant.