We caught our first glimpse of this high-riding Mercedes C-Class wagon nearly a year ago. Thus far it’s been our only glimpse of this particular trim, identified as an All-Terrain version. We finally have new photos, and while camouflage wrap is still heavy, we can suss out some new details. 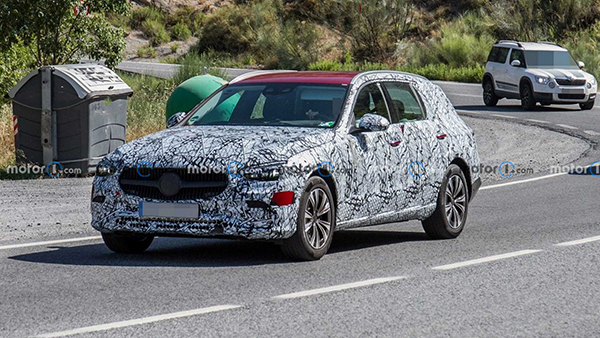 Chief among them is prominent trim that will adorn the wheel arches. Running front-to-back over the fenders and along the rocker panels at the bottom of the car, the thick trim’s purpose is two-fold. Obviously it helps protect those areas from rock chips and other debris one might encounter off paved roads, but it also adds to the All-Terrain’s rugged-esque appearance. If you envision an exterior similar to the Audi A4 Allroad, it’s certainly no coincidence. That’s exactly where Mercedes is aiming its new long roof. 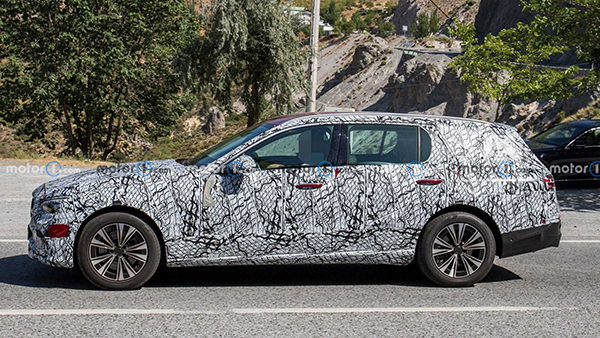 Mercedes also aims the All-Terrain at the crossover market, which is certainly filled with choices right now. A traditional station wagon has the chance to stand out among those competitors while still offering a bit more ground clearance and all-wheel-drive footing that crossover buyers prefer. Our sources haven’t unearthed details as to just how much ground clearance is coming, but obviously it’s not something ready to tackle hardcore trails. We also don’t have specifics on powertrain options, but we’ve heard Mercedes will offer a choice of gasoline, diesel, and hybrid arrangements.

All that said, there’s no denying that a station wagon – even one with brandishing rugged features – is something of a risky proposition in an SUV-crazy world. It’s a safer bet in Europe where such vehicles are still somewhat common, but this Mercedes could reach US shores in the long run. The larger E-Class All-Terrain is available in the States, but offering two wagons might be too much of a distraction in Merc’s lineup. By distraction we mean competition between other Mercedes SUVs and crossovers, but there is a dedicated group of buyers who prefer luxury wagons. The question is whether they would want a C-Class over an E-Class.

With the new C-Class sedan and estate debuting earlier in 2021, we suspect the All-Terrain will become official before the end of the year as a 2022 model.