This is my modern take on the awesome Mercedes 190 EVO II. This was one of my favorite cars growing up. The idea of a full on DTM car that was street legal was so cool! The original car still looks great today, pure and mean. 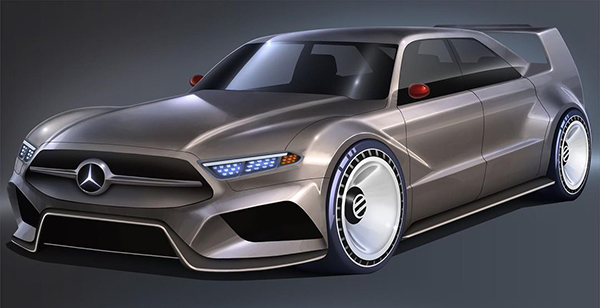 Back when Mercedes-AMG wasn’t flourishing just yet, the performance version of the 190 series was simply dubbed the 190 E. Then, it wasn’t enough to add just another letter to the designation (alongside the powertrain credentials) because the rivals over at BMW came out with lengthy names such as the M3 Sport Evolution. No worries, because the German automaker caught the drift and quickly delivered the 190 E 2.5-16 Evolution back in 1989.

Now, the Evo I did have a host of enhancements, but its power of 202 horsepower stayed the same as on the “stock” 2.5-16 (which had a Cosworth-built engine). Only with the optional AMG PowerPack did it get more ponies, around 30 of them. Well, the success wasn’t really unexpected, so Mercedes had to come up with a new production run – thus in 1990, the Evo II was launched. 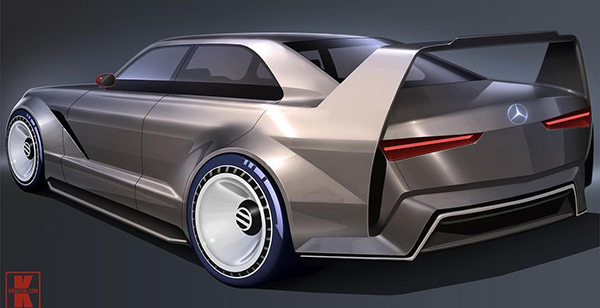 Not alone though, because this time around the AMG goodies came standard – along with the radical body kit that made a lot of kids born during the 1990s dream about one day turning into motorsport stars. Craig Kember, the virtual artist behind the “kragyen” account on social media was probably one of them, as he specifically mentions the 190 Evo II was one of his favorite cars growing up.

Naturally, now that he’s got the power to bring out the stuff occurring in his imagination, it was only a matter of time before a modernized 190 Evo II came out to mesmerize us. Sketched with the same “pure and mean” pathos we’ve seen before, the reinterpretation looks decidedly slick. And it does come with the proper DTM atmosphere… but also some (unintentional, perhaps) odd cues.

More precisely, one of the fans noticed the German performance sedan is actually giving out some recent-generation Ford Mustang vibes. As far as we can tell, it’s probably something having to do with the front fascia treatment – specifically the radiator grille styling and the headlight design. Still, it doesn’t look bad at all.