Replaced by the C-Class in the 1990s, the W201 is remembered as one of the most over-engineered automobiles of all time. One of the most collectible cars from this series comes in the guise of the 190E, which used to rock a fuel-injected engine with approximately 120 horsepower. 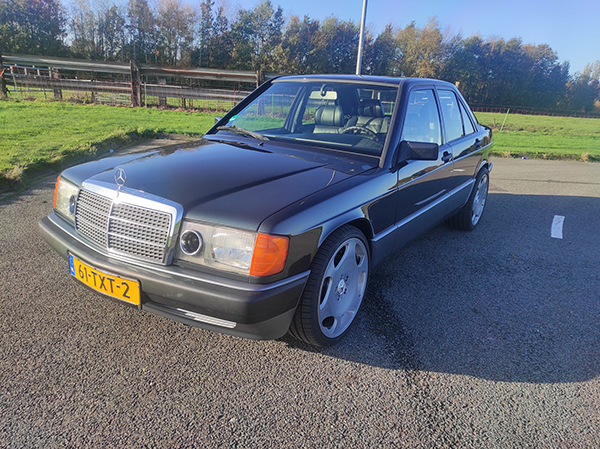 This isn’t one of those cars, though. What used to be a carbureted 190 turned into a V12 swap after more than three years of blood, sweat, and tears. The original engine was hoisted out in favor of an M120 from the 600 SEL, which shares hardware with the 6.0- and 7.3-liter engines in the Pagani Zonda.

Described as a one-of-one build entitled to wear Dutch license plates, the 190 V12 is much obliged to crank out 424 PS (418 horsepower) and 585 Nm (431 pound-feet) of torque. According to the builder, 100 kilometers per hour (62 mph) is doable in 4.84 seconds while the theoretical top speed is 310 kph (193 mph) despite the slab-sided aerodynamic qualities of the vehicle. 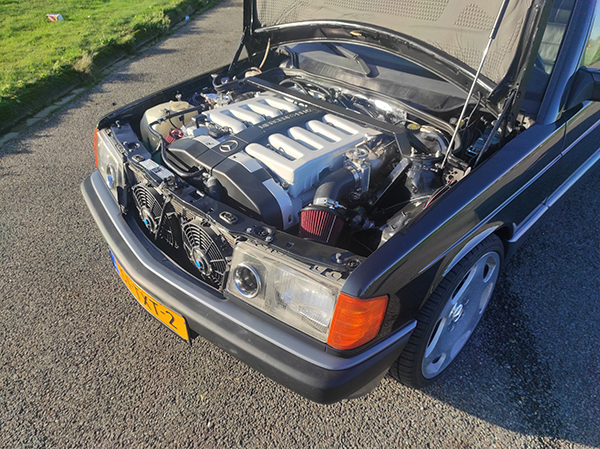 Be that as it may, we’re not dealing with just another engine swap here. The seller, Johan Muter of JMS Speed Shop, has also upgraded the transmission to the five-speed 722.6 with a standalone control unit and W204 paddle shifters. The 600 SEL rear end was modified to fit the car, and the Brembo brakes reportedly come from an R129 SL500 roadster and a W210 E320 sedan. 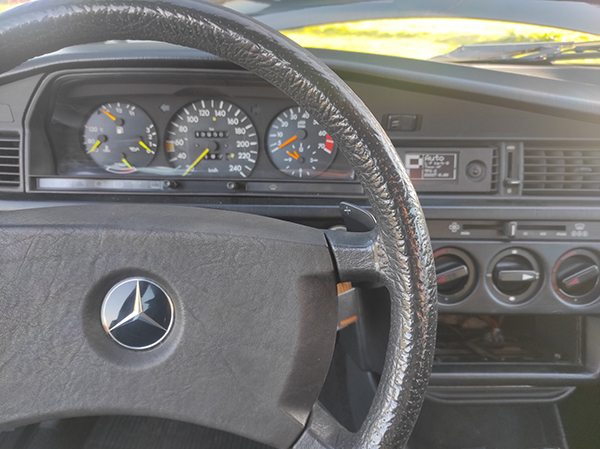 From a design standpoint, the 18-inch Segin wheels are complemented by 199 Metallic Blue and Black paintwork for the body shell and 7700 Alto Grey for the bumpers and lower panels. The interior features leather seats sourced from a 190E 2.3-16V, the first performance version of the W201. All the wiring has been redone, the steering rack comes from a W210, and the exhaust now features stainless-steel piping and a Magnaflow muffler. 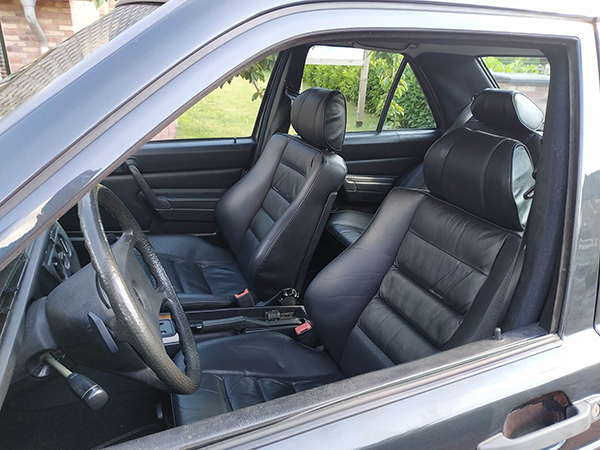