This post-lockdown world is an interesting place. Billionaires are racing to space for a couple of minutes at a time, sports stars changing clubs for hundreds of millions a shot and classic sportscars are changing hands weekly at $20 million a pop. 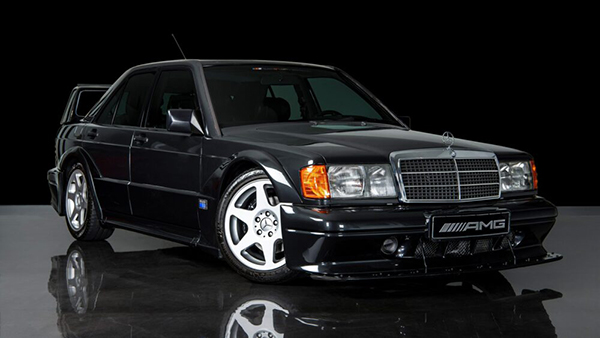 And everything underneath that is mushrooming in value to fill the new void of demand. All of which makes the 475-grand asking price for this Mercedes 190E 2.5-16 Evo II seem, well, normal.

Six Times the Evo II’s Original Asking Price
Of course normal is just a cycle in a washing machine, but this wild winged DTM German Touring Car homologation special is just that. Special. On offer at Miami-based Speedart Motorsports, which specializes in European and mainly German supercars, this is one very special Benz. But its whopping 475,000 dollars asking price is double the expected top number for an Evolution II. And six times the car’s original asking price. 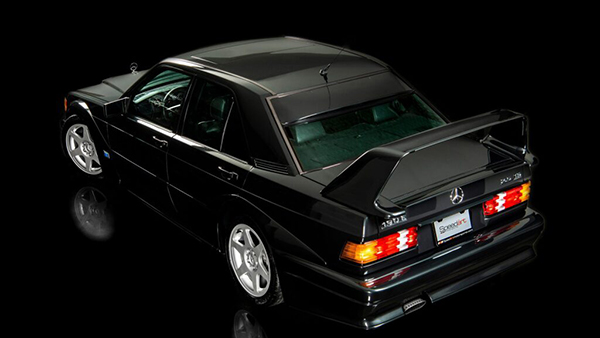 Built to Qualify for the 1990 DTM
The epitome third evolution of homologation for the hot 190E for the 1990 DTM, Evolution II is an AMG and Cosworth-tuned 235 HP 189 lb-ft normally aspirated 2.5-liter 16-valve (thus the 2.5-16) four-cylinder. It was built solely to satisfy the 500 minimum number of cars that were required to be sold to qualify this model to compete DTM Racing for the 1990 season. Evo II has a Getrag five-speed manual, lowered sports suspension and Brembo competition brakes. 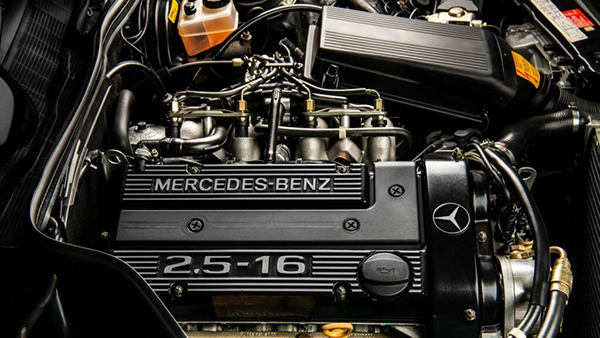 This Evo II is 100 percent Technically Perfect
This Evo II is sprayed blue-black metallic. Like all the 499 customer examples. Only two astral silver cars remained with Mercedes and AMG. The car’s original rustproofing remains visible on the underbody. 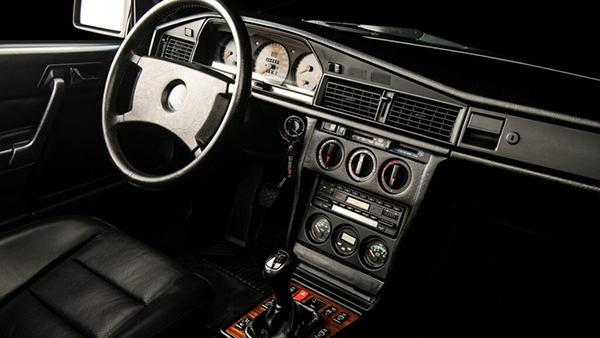 And the cabin is basically as it was on the day of first delivery. The car is one hundred percent technically perfect. It comes with its original manual and service booklet, spare keys and its complete original tool kit, too.

Now all that remains to be seen, is if someone in this mad world we live in sees $475K worth of value in a mint condition Mercedes 190E 2.5-16 Evolution II. Time will tell!