Mercedes-Benz saw BMW’s success with the E30 M30 and wanted to replicate it. They made the “Baby-Benz” in 1982. Just eight years later they took that recipe, enhanced it tenfold, and created a legend: the mighty 190 E 2.5-16 Evo II. Only 502 were ever made. One just got sold this weekend for a hefty sum. It’s time to rewind.

As my father tells me, life in the ‘80s was interpersonal, adventurous, whimsical and too fun to ever be forgotten. As a teenager he says that playing in the rain was something that everyone did and even though there wasn’t much to go around, people were content. There was time for everything. People lived with more passion and friendships were made to last. Being fully in touch with your surroundings was a thing that people took to the heart. It felt like anything was acceptable and possible in the ‘80s, even though we have it much, much easier today.

In the span of a decade, we saw a lot of major events happening around the world. Germany and Eastern Europe were freeing themselves from the authoritarian Soviet regimes, hope was embracing everyone and there was a general feeling of real change at international level. The new decade was to come with challenges, but in that point in time, between 1989 and 1990, everything felt different. Courage, sacrifice, emotions, and freedom were defining a new era. 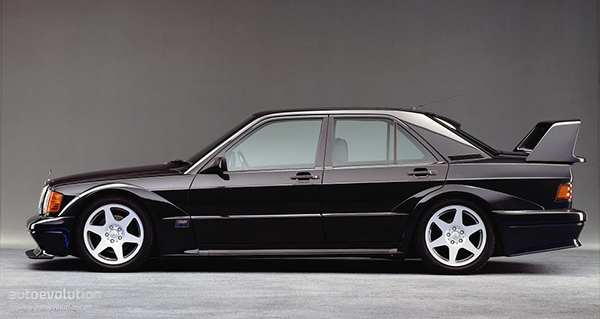 Mercedes-Benz felt it
In the midst of all that effervescent lifestyle, the Stuttgart-based carmaker decided its time to introduce the world to a car that was going to become the reason for full AMG integration. It started with the W 201 as a compact class representative, a new third main line for passenger cars made by Mercedes-Benz. Add Cosworth engines into this mix and the same gearbox BMW used for its E30 M3 plus some aero work and you got yourself a magnificent sports vehicle, a four-door sedan that’s gone wild.

The first enhanced version of the 190 started with a brilliant performance at the race of the new Nürburgring in 1984. Just four years later, in 1988, Mercedes-Benz got the DTM vibes and joined the competition. They almost got a win. Not being champions pushed the company further and it eventually created the masterpiece known today as Mercedes-Benz 190 E 2.5-16 Evolution II. The Germans finally got their DTM win in 1992 when the podium was only occupied by 190 E 2.5-16 Evo II race drivers. Naturally, the street legal version was fated for infamy. 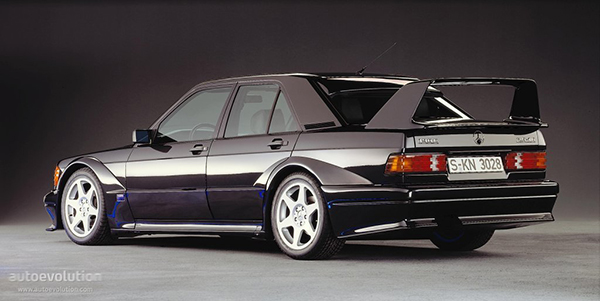 The 473rd 1990 Mercedes-Benz 190 E 2.5-16 Evo II
Over 32 years have passed since then. Now we have ourselves an automotive legend. They build only 502 units and the 473rd sold this weekend on Bring a Trailer (BaT). This particular unit with the chassis number WDB2010361F738813 has the Cosworth 2.5-Liter DOHC inline-four engine, only 11,000 miles (18,000 km) on the odometer, a limited-slip differential, 17-inch wheels, an electric sunroof, self-leveling suspension, the AMG PowePack engine upgrade, air conditioning and a Becker Grand Prix cassette stereo.

The car was first sold in Germany as BaT and relevant documentation confirm but has spent a lot of its life in Portugal, Greece, and the Netherlands. It arrived in the U.S. in 2020 and it will remain here to live the rest of its existence in Florida. It still has its original factory books, tools and import documentation. 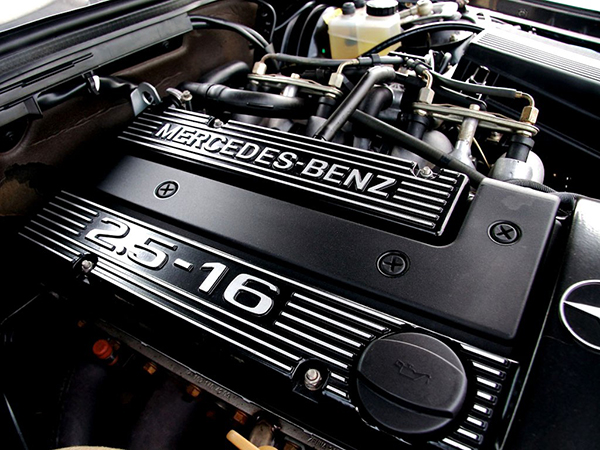 Taking all of this into consideration and the fact that the 4-cylinder has motorsport connections, we think the $432,432 price tag is justified. But we’ll let you decide about this.

With the launch of the 1990 Mercedes-Benz 190 E 2.5-16 Evo II the German automaker understood it’s time to evolve. Understanding this segment has real potential and, after making just 502 cars, AMG engineers officially took over the high-performance vehicle line starting with the Mercedes-Benz E 50 AMG in 1993. After only six years, in 1999, AMG was bought by Daimler (at the time named DaimlerChrysler AG).

This whole story tells us one important thing: to build something truly extraordinary you just have to start somewhere, just make that defining first step. The 1990 evolved Baby-Benz stands as testament to this as it has already passed the test of time.