Based on the Mercedes-Benz Sprinter light commercial van, which features a pretty abysmal quality record, the Interstate 24X motorhome has been recalled over an oversight of the Jackson Center-based manufacturer. Airstream became aware of the concern we’ll cover in this article on November 29th, after a galley cabinet fell off the wall. 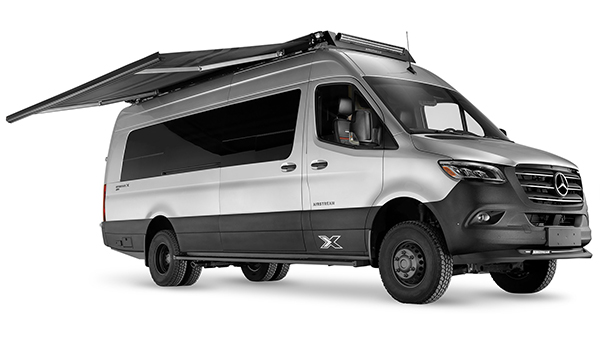 Airstream promptly ran a report dating back to the beginning of production, which revealed a few other instances of galley cabinet separation. The Safety Committee discussed this problem, determining that further information and investigation are needed. Fast forward to December 13th, and the Safety Committee finally decided on a recall.

On the upside for both Airstream and Interstate 24X owners, the Ohio-based manufacturer isn’t aware of injuries caused by this defect. On certain 2022 to 2023 model year vehicles, the fasteners holding the cabinet in place may fail in transit, allowing the cabinet to separate from the wall.

The originally specified fasteners were not adequate to support the cabinet in place, notes Airstream in the document attached below. The overhead galley cabinet is referred to as part number 969472 in the recall report.

Airstream highlights that it had corrected the condition in production by installing additional fasteners. Motorhomes produced after December 12th, 2022 feature a properly secured overhead galley cabinet. No fewer than 200 examples of the Interstate 24X are called back, motorhomes with build dates ranging from April 12th, 2021 through December 8th, 2022.

Both owners and dealers will be informed of this recall on February 13th, 2022. As expected, dealers will be instructed to secure the overhead galley cabinet to the motorhome’s wall with additional screw-type fasteners.

Currently listed by Airstream for the 2023 model year, the Interstate 24X isn’t cheap. $246,351 is the standard configuration’s price, which is considerably more than the Sprinter on which it’s based.

The 3500 EXT 4×4 with a 3.0-liter turbo diesel V6 engine, to be more precise, which promises 188 horsepower and 325 pound-foot (441 Nm) of torque. A seven-speed transmission is tasked with sending those resources to the wheels. On the highway, prospective customers can expect 16 to 18 miles per gallon (14.7 to 13 liters per 100 kilometers) according to Airstream.

The Interstate 24X is designated 24 because it measures 24 feet and 6 inches (nearly 7.5 meters) fore to aft. Gifted with a 3.92:1 axle ratio, the diesel-powered motorhome comes with a tow package that enables a towing capacity of 5,000 pounds (2,268 kilograms). To be frank, the Interstate 24X comes with all the bells and whistles imaginable in such a vehicle, including a 400-watt solar power system with two exterior ports.

Covered by three-year Airstream and Mercedes-Benz warranties, the Interstate 24X flaunts 23 gallons (87 liters) of fresh water, a refrigerator and a freezer, a two-burner cooktop, a 2.5-kW generator, a 5G-ready antenna, a diesel-fired furnace, hot water, as well as 13,500-BTU air con.