The first-generation Mercedes-Benz Sprinter was launched in 1995 and remained on sale until 2006 with a heavy facelift in 2000. The so-called Phase II Sprinter was introduced with a revised exterior, improved interior, and a new family of common-rail diesel engines. The Sprinter CDI became one of the most popular light commercial vehicles in Europe and was even sold in the United States with a Dodge logo.

The Sprinter has always been more than just a cargo or a passenger bus, though. In its most recent iteration, it’s often used as a base for camper vans, and in Europe, you can see Sprinter ambulances and all kinds of special vehicles from all generations. The example from the video at the top of this page started its life as an ambulance but was converted into a cozy camper with a small kitchenette. 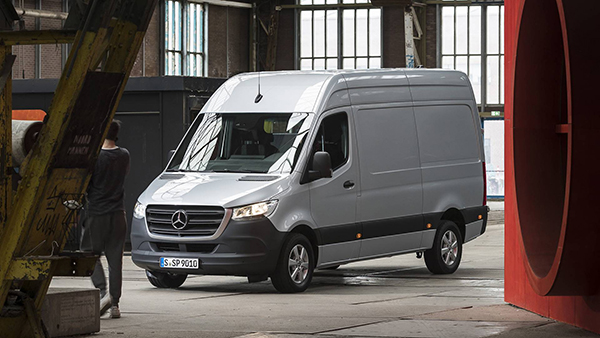 The living space is not the focus of this video, though. Instead, it shows us what the old 2003 Sprinter is capable of at an unrestricted section of the Autobahn. Under the hood is a 2.1-liter four-cylinder diesel engine generating a peak output of 129 horsepower (95 kilowatts) and 220 pound-feet (300 Newton-meters) of torque between 1,600 and 2,400 rpm. You’ve probably guessed already that it’s not a rocket, especially considering the six-speed automated manual gearbox it is equipped with.

On paper, this Sprinter should reach a top speed of 96 miles per hour (155 kilometers per hour), though the actual result is far less impressive. The highest number we saw in the video is a little over 81 miles per hour (132 kilometers per hour), and even this speed requires ages to reach for the Sprinter. For the record, we reported on a similar Sprinter with the same engine doing an Autobahn run almost two years ago, and it did slightly better.