Slotted above the mid-size Metris, the full-size Sprinter has been recalled for the umpteenth time stateside. On this occasion, Mercedes-Benz Vans called back 12,086 units produced for the 2019 to the 2021 model years. 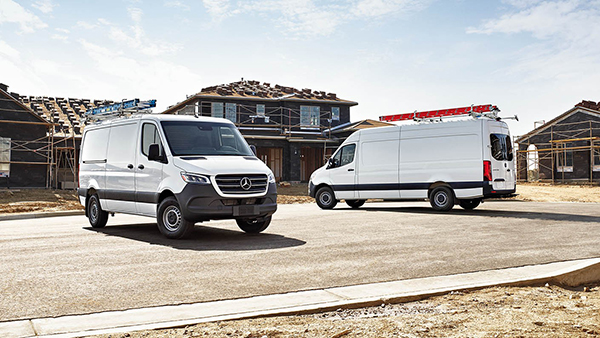 Following numerous customer complaints alleging a rearview camera display malfunction, the Stuttgart-based automaker launched an investigation into the matter in November 2018. Components were retrieved from subject vehicles and sent to the supplier, Magna Electronics Europe, for in-depth analysis. In parallel, the supplier updated the software version for the backup camera. A second update entered production in June 2020.

Unsurprisingly for the German automaker that promises “the best or nothing,” Merc discovered that the rearview camera display malfunction soldiered on. Unfortunately, the manufacturer couldn’t reproduce the issue consistently, which is why Mercedes-Benz Vans couldn’t exclude a deviation in the software development process of the supplier. This conclusion was elevated to a noncompliance in April 2022, prompting a safety recall.

One case was identified in the United States of America from November 2019 through April 2022. M-B isn’t aware of crashes or property damage associated with this malfunction. The rearview image might not be displayed after engaging reverse gear, displaying the current menu, or a black screen with an inoperability warning. According to federal motor vehicle safety standard 111, the rearview camera image should be available within 2.0 seconds after the driver shifts into reverse gear.

Available as a panel, crew, passenger van, and in cab-chassis configuration, the Sprinter for the U.S. market retails at $38,300 sans destination charge for the base panel van. Customers are currently offered three engine choices in the guise of a 188-hp 2.0-liter turbo four-cylinder gasoline mill, a 161-hp 2.1-liter turbo four-cylinder diesel, and a 188-hp 3.0-liter V6 turbo diesel.